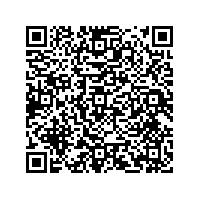 Subscribe to news
(PresseBox) ( Herzogenaurach, 10-11-02 )
HERZOGENAURACH, November 2, 2010. In the last two decades, counterfeiting in general has grown substantially globally. While there has been much reporting about consumers being taken advantage of by counterfeits in music, film, home electronics and designer clothing, a far greater risk lies in industrial counterfeiting of items such as tires, seals and bearings. Many these products are safety-critical. Hence, fake versions can pose a real threat.

As a result, the World Bearing Association (WBA) has launched an awareness cam-paign to inform about potential safety hazards arising from counterfeit bearings. "Our initiative is aimed at sensitizing the public on the dangers associated with counterfeits," says James W. Griffith, WBA president and president and chief executive officer of The Timken Company. "The WBA is thus intensifying its anti-counterfeiting initiatives - that means information for customers on the one hand and consistent prosecution of offenders through the competent authorities on the other."

The WBA anti-counterfeiting information campaign will reach out to various au-diences through e-mails, Web banners, social media and the campaign site, www.stopfakebearings.com. At the site interested consumers can learn more about threats imposed by illegal counterfeiting and what is being done to stop it.

The Schaeffler Group with its bearing brands INA and FAG has successfully been fighting against counterfeiting for many years. "We are seeking close contact with public authorities and we are cooperating closely with associations and other indus-trial companies in order to draw public attention to this issue time and time again. In doing so, we strictly adhere to a consistent zero tolerance strategy. This means that we examine and pursue each and every case, also seemingly petty offenses - worldwide!", says Dr. Juergen M. Geissinger, President and CEO of Schaeffler Group.

Counterfeiting also violates intellectual property, such as patents and trademarks. Because counterfeits look like and are marketed like genuine products, it usually takes a trained expert to identify them. The competent authorities and the concerned brand manufacturer may be contacted.

Premium manufacturers invest continuously to develop their technology and improve the quality and value of their products. Visit www.stopfakebearings.com to learn more.

About the World Bearing Association

WBA is a non-profit and unincorporated industrial association. It was founded in 2006 by three regional bearing associations: the American Bearing Manufacturers' Association (ABMA), the Federation of European Bearing Manufacturers' Associa-tion (FEBMA), and the Japan Bearing Industrial Association (JBIA). WBA promotes the common lawful interests of the world bearing industry, such as open economic engagement, sustainable development and the protection of legal rights of compa-nies.

WBA has created an Anti-Counterfeiting Committee. This Committee within the WBA is dedicated to addressing the counterfeiting of premium brand bearings and to assisting the national authorities in eradicating it. The WBA, and each bearing com-pany, take action and arrange informational campaigns, such as this, to raise awareness about counterfeiting.

The Schaeffler Group with its brands INA, FAG and LuK is a leading manufacturer of rolling bearings and linear products as well as a renowned supplier to the automotive industry of high-precision products and systems for engines, transmissions and chassis applications. The group of companies stands for exceptional customer focus, innovative ability and the highest possible level of quality. Approximately 61,000 employees at over 180 locations in more than 50 countries worldwide generated sales of € 7.3 billion in 2009. This makes the Schaeffler Group one of the largest German and European industrial companies in family ownership.