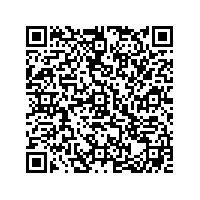 (PresseBox) ( Herzogenaurach, 12-06-29 )
The Schaeffler Group has successfully placed a further bond offering of 300 million Euros with private and institutional investors. The offering was more than four times oversubscribed. In light of the high demand, the offer size was upsized from initially 200 million Euros to 300 million Euros.

Klaus Rosenfeld, CFO of Schaeffler AG, said, "With this new bond offering for retail investors, we are expanding into a new market segment and further diversifying our investor base. The successful placement in the current volatile market environment demonstrates that we have been successful in establishing the Schaeffler Group as a reputable issuer in the High Yield market. This creates further flexibility for us in optimizing our capital structure."

The bonds will be listed on the Regulated Market of the Luxembourg Stock Exchange. The subscription period for domestic Schaeffler employees will begin on 3 July 2012.

Dr. Juergen M. Geissinger, CEO of Schaeffler AG, commented, "After the inaugural issue of high yield bonds in February this year we received strong interest from our employees to participate in such an issue. This is proof of the strong commitment and loyalty that our employees have towards their company. With this innovative offering and the chosen structure we are meeting this demand."

This press release is for promotional purposes only and does not constitute a prospectus. Interested investors should make their investment decision regarding the securities referred to in this announcement exclusively on the basis of information from a securities prospectus related to the offer of these securities published by the company and approved by the Commission de Surveillance du Secteur Financier, Luxembourg ("CSSF"). The offering prospectus is available free of charge at Schaeffler AG (Industriestr. 1-3, 91074 Herzogenaurach, Germany) or on the website www.schaeffler-group.com/ir.

The offer and sale of the securities referred to in this announcement in Member States of the European Economic Area other than Luxembourg and Germany will be made pursuant to an exemption under the Prospectus Directive, as implemented in Member States, from the requirement to produce a prospectus for offers of securities.

Schaeffler with its product brands INA, LuK and FAG is a leading provider of rolling bearing and plain bearing solutions and of linear and direct drive technology, as well as a renowned supplier to the automotive industry of high-precision products and systems for engines, transmissions, and chassis applications. The globally active group of companies generated sales of approximately 10.7 billion euros in 2011. With approximately 74,000 employees worldwide, Schaeffler is one of the largest German and European industrial companies in family ownership. With 180 locations in over 50 countries, Schaeffler has a worldwide network of manufacturing locations, research and development facilities, sales companies, engineering offices, and training centers.