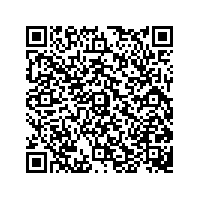 Schaeffler strengthens its Board of Managing Directors 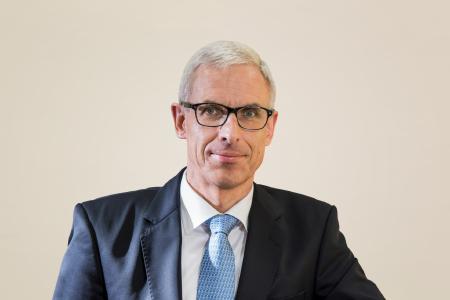 (PresseBox) ( Herzogenaurach, 17-07-17 )
At its meeting on July 17, 2017, the Supervisory Board of Schaeffler AG appointed Dietmar Heinrich (53) to the Board of Managing Directors. On August 1, 2017, Mr. Heinrich will take up his role as Chief Financial Officer of Schaeffler AG, replacing Dr. Ulrich Hauck, who will not have his contract extended, and will be resigning on good terms effective August 1, 2017.

Dietmar Heinrich has been with the Schaeffler Group for more than 22 years, having first joined in 1995, and has many years of experience in controlling and finance. He has been a member of the Executive Board, serving as Regional CEO Europe, since 2014. Prior to that, he held various positions with the company in Germany and abroad, including turns as Regional CFO Asia/Pacific and Regional CFO Europe.

Georg F. W. Schaeffler, Chairman of the Supervisory Board of Schaeffler AG said: “As a member of the Executive Board, Mr. Heinrich is intimately familiar with the strategic and operational challenges facing the Schaeffler Group. With his in-depth knowledge of the company’s operations, his many years of experience in an extremely diverse range of finance roles and his profound understanding of the Schaeffler Group’s processes and structures, he is ideally qualified to further strengthen our Board of Managing Directors.”

The Supervisory Board also decided to extend the contract of Dr. Stefan Spindler (56), CEO Industrial, for a term of five years ending on April 30, 2023. Mr. Georg F. W. Schaeffler explained the rationale behind the decision: “Dr. Spindler got the realignment of our Industrial division off to a successful start. We are therefore delighted that he is able to continue the project. This is very important, because the Industrial division is an integral part of the Schaeffler Group.”

Dietmar Heinrich’s successor as a member of the Schaeffler Group's Executive Board and Regional CEO Europe is Jürgen Ziegler (58). Mr. Ziegler will take up his new position on August 1, 2017. He has been with the Schaeffler Group since April 2015 and served up until the end of 2016 as head of the South America Sub-Region, where he successfully oversaw the long-term restructuring of the Group’s South America business. Since January 2017, Mr. Ziegler has been based in Germany, where he heads the CORE and Global Footprint initiatives under the Agenda 4 plus One program. Prior to joining the Schaeffler Group, he worked for several years at Daimler AG, where he held various leadership positions.

Schaeffler AG Chief Executive Officer Klaus Rosenfeld: “The decisions taken today by the Supervisory Board, including the appointment of Mr. Ziegler, have strengthened Schaeffler AG’s Executive Board. With the appointment of Mr. Ziegler we have gained a new Executive Board member who has extensive experience in business realignment at enterprise and divisional level. This is of great importance for the continued transformation of the Schaeffler Group.”

The Schaeffler Group is a global automotive and industrial supplier. Top quality, outstanding technology, and exceptionally innovative spirit form the basis for the continued success of the company.

By delivering high-precision components and systems in engine, transmission, and chassis applications, as well as rolling and plain bearing solutions for a large number of industrial applications, the Schaeffler Group is already shaping "Mobility for tomorrow" to a significant degree. The technology company generated sales of approximately EUR 13.3 billion in 2016. With around 86,600 employees, Schaeffler is one of the world's largest family companies and, with approximately 170 locations in over 50 countries, has a worldwide network of manufacturing locations, research and development facilities, and sales companies.

Recommend Schaeffler strengthens its Board of Managing Directors press release