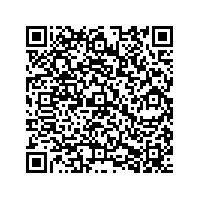 Schaeffler publishes preliminary key figures for the first half of 2017

Subscribe to news
(PresseBox) ( Herzogenaurach, 17-07-18 )
The global automotive and industrial supplier Schaeffler today published preliminary data for the first half of 2017 as announced in the ad-hoc notice from June 26, 2017. The company increased its revenue by 3.8 percent to approximately EUR 7.0 billion at constant currency (prior year: around EUR 6.7 billion), and generated an EBIT before special items of EUR 780 million (prior year: EUR 859 million). This resulted in an EBIT margin before special items of 11.1 percent (prior year: 12.8 percent). Following a good start into the year with convincing business results in the first quarter of 2017, the declining result in the second quarter was in particular due to the weak development of the Automotive division. On the contrary, the Industrial division continued to develop positively both in revenue and earnings in the second quarter. The results for the first half-year are in-line with expectations published in the ad-hoc notice from June 26, 2017 (revenue growth of around 4 percent, EBIT margin before special items of around 11 percent).

The Automotive division increased its revenue by 4.3 percent at constant currency in the first half of 2017 (Q1: +7.0 percent, Q2: +1.6 percent). The EBIT margin before special items in the Automotive division was 11.8 percent (Q1: 13.1 percent, Q2: 10.4 percent). The reduction of second quarter earnings of EUR 90 million was primarily due to the following factors: (1) temporary supply chain shortages in the automotive aftermarket business, (2) higher development cost and other expenses due to additional projects in the field of e-mobility, as well as (3) price pressure in the automotive OEM business, which could not be compensated by corresponding production cost optimization. In addition, (4) rising costs for new product launches impacted the result. Approximately two thirds of the earnings decline are of a temporary nature and are expected to be partially recovered in the next quarters.

Klaus Rosenfeld, CEO of Schaeffler AG, said: “The performance of our Automotive business in the second quarter was below our expectations. The reasons for the development are predominantly of a temporary nature. We expect that we will improve the profitability of the Automotive division in the second half of the year”.

The Industrial division experienced an encouraging second quarter, reporting revenue growth of 2.3 percent at constant currency for the first half year (Q1: +0.2 percent, Q2: +4.5 percent). The Power Transmission and Industrial Automation sectors as well as the Americas and Greater China regions experienced a particularly positive trend. The EBIT margin before special items in the Industrial division was 8.5 percent (Q1: 8.7 percent, Q2: 8.4 percent). The cost end efficiency measures of program “CORE” are consistently executed and are proving sustainably effective.

For 2017, the Schaeffler Group continues to anticipate after the ad-hoc notice from June 26, 2017 revenue growth of 4 to 5 percent at constant currency. Based on this revenue growth, the company expects to generate an EBIT margin before special items of between 11 and 12 percent (before: 12-13 percent). The Schaeffler Group is anticipating approximately EUR 500 million in free cash flow for 2017 (before: approximately EUR 600 million).

The Schaeffler Group is a global automotive and industrial supplier. Top quality, outstanding technology, and exceptionally innovative spirit form the basis for the continued success of the company. By delivering high-precision components and systems in engine, transmission, and chassis applications, as well as rolling and plain bearing solutions for a large number of industrial applications, the Schaeffler Group is already shaping "Mobility for tomorrow" to a significant degree. The technology company generated sales of approximately EUR 13.3 billion in 2016. With around 86,600 employees, Schaeffler is one of the world's largest family companies and, with approximately 170 locations in over 50 countries, has a worldwide network of manufacturing locations, research and development facilities, and sales companies.