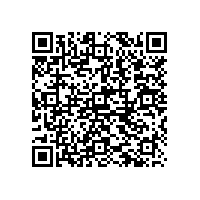 Schaeffler off to a good start

Subscribe to news
(PresseBox) ( Herzogenaurach, 17-05-11 )
.
Global automotive and industrial supplier Schaeffler has had a good start in 2017. Its revenue for the first three months of 2017 increased by 6.9 percent to EUR 3.6 billion. At constant currency, growth amounted to 5.4 percent over the prior year.

The company has confirmed its guidance for 2017 as a whole. The Schaeffler Group expects revenue growth of 4 to 5 percent at constant currency, an EBIT margin of 12 to 13 percent before special items, and free cash flow of approximately EUR 600 million for 2017 as a whole.

The full interim report as at March 31, 2017 is available for download at: http://www.schaeffler.com/ir

The Schaeffler Group is a global automotive and industrial supplier. Top quality, outstanding technology, and exceptionally innovative spirit form the basis for the continued success of the company. By delivering high-precision components and systems in engine, transmission, and chassis applications, as well as rolling and plain bearing solutions for a large number of industrial applications, the Schaeffler Group is already shaping "Mobility for tomorrow" to a significant degree. The technology company generated sales of approximately EUR 13.3 billion in 2016. With around 86,600 employees, Schaeffler is one of the world's largest family companies and, with approximately 170 locations in more than 50 countries, has a worldwide network of manufacturing locations, research and development facilities, and sales companies.

Recommend Schaeffler off to a good start press release