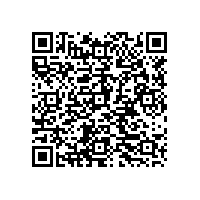 Schaeffler Group made a solid start in 2013, despite the challenging market environment. With revenue decreasing slightly to approximately €2.8 billion compared to the very strong first quarter of 2012 due to market conditions, Schaeffler continued to maintain the high quality of its earnings, generating an EBIT margin of 12.9 percent. "We successfully remained on course in the first quarter of 2013 despite the still challenging market environment, improving both revenue and net income over those of the previous two quarters. It was mainly the positive trend in the Automotive division that enabled us to maintain our profitability at a high level", stated Schaeffler AG CEO Dr. Juergen M. Geissinger.

Revenue for the first three months of 2013 declined by 3.6 percent to €2.8 billion compared to the prior year quarter, with revenue trends differing between the Automotive and Industrial divisions. Revenue in the Automotive division increased by about three percent to approximately €2.0 billion. Industrial division revenue declined to €768 million or by about 15 percent compared to the prior year quarter, which was this division's strongest quarter to date in terms of revenue.

Operating cash flow increased significantly by around 25 percent to €172 million (prior year: €137 million). Cash used in investing activities amounted to €120 million, falling short of the high prior year level of €244 million as expected. Given the investments in intangible assets and property, plant and equipment made last year and the uncertain economic environment, as a percentage of revenue these investments are expected to fall considerably below last year's ratio. This is the basis for positive free cash flow for the first quarter of 2013 of €52 million (prior year: minus €107 million).

Net financial debt decreased by approximately €300 million to €6.8 billion at the end of the first quarter of 2013 compared to the prior year quarter-end. Favorable capital market conditions and Schaeffler Group's sustainably good operating results enabled the company to significantly reduce the interest terms of its institutional loan tranches in March. At March 31, 2013, the company's debt to EBITDA ratio (ratio of net financial debt to EBITDA for the last twelve months) of 3.3 was slightly higher than the corresponding figure of 3.2 as at year-end 2012.

The Schaeffler Group expects that economic conditions in many markets will remain challenging, but that the economy may regain moderate momentum over the course of the year. Dr. Geissinger stated: "Although we are not anticipating a quick recovery of the European markets, we are expecting a modest increase in global automobile production for 2013. Given the ongoing uncertainties, we are not anticipating a positive impetus in the various Industrial markets until the latter half of the year."

The targets for the year as a whole remain unchanged despite the challenging environment in the Industrial markets. "Although we are currently operating in a very volatile environment, we continue to see solid growth opportunities for our business worldwide. Therefore, we are maintaining our forecast and still expect to achieve our targets for 2013 as a whole," Dr. Geissinger confirmed.

The full interim report as at March 31, 2013 is available for download at http://www.schaeffler-group.com/content.schaefflergroup.de/en/investorrelations/newsir/reports/reports.jsp

Schaeffler with its product brands INA, LuK and FAG is a leading provider of rolling bearing and plain bearing solutions and of linear and direct drive technology, as well as a renowned supplier to the automotive industry of high-precision products and systems for engines, transmissions, and chassis applications. The globally active group of companies generated sales of approximately 11.1 billion euros in 2012. With approximately 76,000 employees worldwide, Schaeffler is one of the largest German and European industrial companies in family ownership. With 180 locations in over 50 countries, Schaeffler has a worldwide network of manufacturing locations, research and development facilities, sales companies, engineering offices, and training centers.