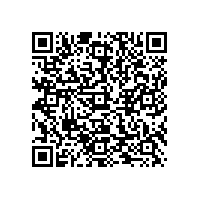 Global automotive and industrial supplier Schaeffler continued moving along its successful course in 2016. The company increased its revenue to EUR 13.3 billion (prior year: EUR 13.2 billion). At constant currency, this represents a growth rate of 3.4 percent.

The Automotive division acted as the main driver behind the company’s performance in 2016, reporting revenue growth of 6.0 percent at constant currency compared to the prior year. Thus, the Automotive business once again expanded faster than global production volumes for passenger cars and light commercial vehicles (+4.8 percent). From a regional perspective, strong demand in the Greater China region was the main contributor to this growth. The Aftermarket was also very successful, expanding by 10.8 percent at constant currency.

The Industrial division declined in a challenging market environment. Its revenue declined by 4.8 percent (at constant currency). While the wind, two wheelers, and aerospace sectors were able to grow their revenue, low levels of demand had an adverse effect on revenue, primarily in the raw materials and rail sectors.

In light of this, the Board of Managing Directors is proposing to raise the dividend from 35 cents to 50 cents per common non-voting share, an increase of approximately 43 percent over the prior year. The planned dividends represent a payout ratio of approximately 34 percent of net income attributable to shareholders before special items (prior year: approximately 29 percent).

Klaus Rosenfeld, CEO of Schaeffler AG, was pleased with the results for 2016: “2016 was a strong year. We are well-positioned for the future. Our net income increased by 45 percent to EUR 859 million. The ordinary dividend shall be increased from 35 to 50 cents per common non-voting share.”

The company lowered its net debt by approximately EUR 2.3 billion over the course of 2016. Net debt amounted to EUR 2,636 million as at December 31, 2016 (prior year: EUR 4,889 million). This decrease has improved the ratio of net debt to EBITDA before special items from 2.1x to 1.1x. As a result of the significant improvement in its financial situation, Schaeffler AG received an investment grade rating from Moody’s in October 2016.

Cash flows from operating activities rose by EUR 504 million to EUR 1,876 million (prior year: EUR 1,372 million). Free cash flow amounted to EUR 735 million, twice that of the prior year (prior year: EUR 370 million). “The increase in cash flows from operating activities by approximately EUR 500 million is primarily due to better operating results and lower interest payments as a result of the reduction in our debt,” explained CFO Ulrich Hauck.

Schaeffler Group adopted its strategy „Mobility for tomorrow“, which was finalized during 2016, and started implementing it. With this strategy, the company will be focusing on three key issues that are relevant for the future: E-Mobility, Industry 4.0, and Digitalization.

One of major technological changes in the automotive industry is the electrification of the drive train. Schaeffler as an automotive supplier with a high level of manufacturing expertise and understanding of systems considers this development a challenge, but also a great opportunity. The number of customer projects and volume production orders for e-mobility products is growing steadily. Currently Schaeffler Group has gained six volume production orders for e-axles and hybrid modules from different customers around the world.

For the topic Industry 4.0, the Schaeffler Group’s manufacturing expertise and understanding of systems are called for, too. Bearings are ideally suited to generate data. Based on these data, it is possible to gain insights that can be utilized to create additional benefits and added value for the customers. Schaeffler Group offers a broad range of solutions in this area, for example an online condition monitoring system for the rail industry.

Digitalization not only changes products and production processes, but also all processes from the development of a product to its end use by the customer. Thus, one of the key strategic initiatives of Schaeffler Group is the “Digital Agenda” with four key digital business scenarios (Products & Services, Machines & Processes, Analyses & Simulation, and User Experience & Customer Value). With this, Schaeffler plays an active role in shaping new and expanded business models.

For 2017, the Schaeffler Group anticipates revenue growth of 4 to 5 percent at constant currency. The group expects its Automotive division to grow faster than global production of passenger cars and light commercial vehicles in 2017. In the Industrial division, revenue levels are expected to be at par with prior year. Based on these considerations, the company expects to again generate an EBIT margin before special items of between 12 and 13 percent as it has in the past. The Schaeffler Group is anticipating approximately EUR 600 million in free cash flow for 2017.

Rosenfeld concluded: “We started well into the year 2017. However, the market environment requires flexibility. We think long-term and continue to focus on quality, technology and innovation. We are well-positioned for the key topics E‑Mobility, Industry 4.0, and Digitalization."

The Schaeffler Group is a global automotive and industrial supplier. Top quality, outstanding technology, and exceptionally innovative spirit form the basis for the continued success of the company. By delivering high-precision components and systems in engine, transmission, and chassis applications, as well as rolling and plain bearing solutions for a large number of industrial applications, the Schaeffler Group is already shaping "Mobility for tomorrow" to a significant degree. The technology company generated sales of approximately EUR 13.3 billion in 2016. With around 86,600 employees, Schaeffler is one of the world's largest family companies and, with approximately 170 locations in over 50 countries, has a worldwide network of manufacturing locations, research and development facilities, and sales companies.