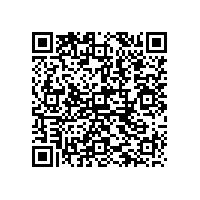 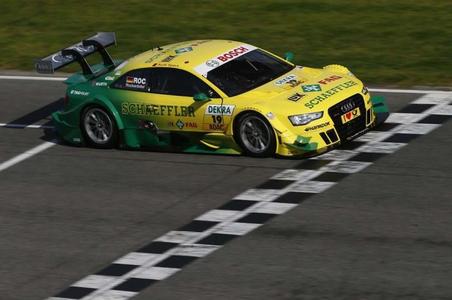 (PresseBox) ( Herzogenaurach, 13-04-30 )
Schaeffler has always been an innovation driver: On the list of patent applications, the company with its product brands INA, LuK and FAG has traditionally been occupying top positions. With 1,832 patents filed with the German Patent and Trade Mark Office in 2012 Schaeffler again ranks in fourth place. The same position was secured in 2012 by DTM entrant Mike Rockenfeller, which made the driver of the yellow-green Schaeffler DTM race car the best-placed Audi racer. In 2011 Martin Tomczyk in the Schaeffler Audi achieved the DTM title win: an aim which Mike Rockenfeller has set his sights on in 2013 as well. But the race cars sporting equally conspicuous and pleasing Schaeffler graphics not only compete in the DTM. The renowned partner of the automotive industry and industry supplier has commitments in various motorsports disciplines.

Since 2011 the colourful Schaeffler Audi has been the eye-catcher in the DTM. The luminous yellow and brilliant green stand for the Schaeffler product brands LuK and INA. As in 2012 Mike Rockenfeller again sits in the DTM Audi fielded by Audi Sport Team Phoenix this year. And the quick Schaeffler representative enters the 2013 season with a special commitment. In both of the past two years, the Schaeffler Audi was the best car of the brand with the four rings in the overall DTM classification. "Of course I'll be doing everything within my means to achieve the best possible position for my car again this year. Being the best Audi racer again at the end of the season is my minimum aim," says Rockenfeller. Furthermore, as brand ambassador, the two-time DTM Champion Timo Scheider continues to compete with logos of the Schaeffler brands on his racing suit.

The Schaeffler Group is far more than a sponsor for Armin Schwarz and the All German Motorsport Team that is based in Escondido, about 50 kilometres north of San Diego, California. Schwarz and his American partner Martin Christensen contest the American off-road series SCORE in their yellow-green Jimco X6 Trophy Truck. The wild rallies, typically run through desert-like regions in Nevada, California and Mexico, rank among the toughest challenges for man and material in off-road racing. The races are up to 1,000 miles long, with top speeds of over 200 km/h being driven in cross-country terrain. Schaeffler is not only a supplier to the AGM team but also an important development partner. Wheel bearings, gearbox bearings, suspension components, torque converters - the Schaeffler product brands FAG, INA and LuK make numerous components available to the team. After the races, parts that are subjected to particularly heavy loads are carefully analysed at the Schaeffler laboratories and, if necessary, adapted to the special demands of these rallies.

The Endurance Championship at the Nürburgring (VLN) is arguably the toughest club sport series in motorsports. All races are held at the Nürburgring, on the combination of the Grand Prix circuit and the Nordschleife. Particularly the "Green Hell" - even 86 years after it was opened - is still the ultimate challenge to any racer and his sporting equipment. No other circuit subjects the material to rougher loads than these nearly 25 kilometres through the Eifel region, which makes the track precisely the right terrain to demonstrate technical reliability. Since 2010 Schaeffler Automotive Aftermarket has been partnering with Bonk Motorsport, one of the most successful VLN teams. 70 class victories in the endurance cup and three class victories at the 24-hour race are reflected on the successful tally of the brothers Peter and Michael Bonk. In the 2013 season the squad based in Münster (Germany), among other cars, is fielding a BMW M3 GT4 in the SP10 class, featuring the yellow-green Schaeffler graphics that are known from the DTM.

The partnership between Schaeffler Automotive Aftermarket and the MKR Technology Truck Tracing Team headed by Mario Kress in the FIA European Truck Racing Championship (ETRC) is entering a new round in 2013. For the two technically optimized and visually refreshed MKR race trucks the aftermarket specialists contribute innovations from LuK: the power steering pump and the race clutch ensure cornering with good grip plus optimum transmission of the power to the tarmac. At the wheel of the near-1,200-hp trucks are the seasoned drivers Adam Lacko (CZ) and Markus Bösiger (CH) - both successfully competed for the MKR team in 2012 as well. "Based on the findings from the past season, we continued to improve our trucks - particularly in the areas of the engine and the suspension. We're optimistic on entering the new season," says Team Director Mario Kress.

There is hardly any other piece of motorsports equipment that brings more power to the competition than the tractors used in tractor pulling events. 8,000 hp are not unusual in the open class. This discipline, though, is not about time. The thing that counts instead is a clever driving technique when the machines pull a braked weight (sledge) in the tractor pulling event - ideally across the full 100-metre distance, which is called a full pull. In the 2013 season Automotive Aftermarket again supports internationally experienced tractor pulling teams: the British "Bear Essentials Pulling Team" with its two tractors "Ice Bear" and "Baby Bear" plus the "Le Coiffeur Pulling Team" (LCPT) of the reigning German Champion Frank Bartholomé. As in 2012, the team based in Bad Iburg (Germany) again competes with its tractor featuring the colours of the INA and LuK product brands that uses a 37.6-litre Rolls-Royce aircraft engine delivering 4,000 hp.

RUVILLE, a Schaeffler subsidiary based in Hamburg, is an official partner in the 2013 Porsche Carrera Cup. "This is a really challenging project that sets standards and thus underscores our manufacturer's claim as a proactively thinking service provider through practical relevance and product expertise," says Georg Wallus, Head of RUVILLE Automotive Aftermarket. With 34 entrants, this prestigious championship held within the framework of the DTM again lives up to its reputation as Germany's most popular one-make cup and promises thrilling action. The race car is based on the road-approved 911 GT3 RS lightweight-design sports car. Its 3.8-litre boxer engine delivers 331 kW (450 hp). As in racing, top quality, best performances in the vehicle, perfect tuning to the relevant purpose and professional personnel are hallmarks of the Hamburg-based system specialist RUVILLE in the international trade with automotive repair solutions featuring OE quality.

With its INA, LuK and FAG brands, Schaeffler is one of the world's leading suppliers of roller-bearings, slide-bearings, linear and direct drive technologies as well as a renowned supplier of precision components and systems for engines, gearboxes and suspension. The worldwide active group of companies generated a turnover of around 11.1 billion Euro in 2012. With approximately 76,000 employees worldwide, Schaeffler is one of the largest German and European family-owned industrial companies. Schaeffler is represented by a worldwide network of manufacturing sites, research and development facilities, distribution companies, engineering offices and training centers in 180 locations in over 50 countries.