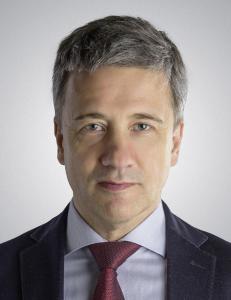 (PresseBox) ( Herzogenaurach, 17-06-14 )
Maxim Shakhov (50) has assumed the position of “CEO Russia” for the Schaeffler Group on June 13, 2017 and will be based in Moscow. In this function, he will report directly to Prof. Dr. Rainer Lindner, CEO of Central & Eastern Europe and Middle East & Africa.

Following a successful career at DuPont and Vaillant in Germany and Russia, Mr. Shakhov took over as CEO at the Bionovatic Group, a Russian start-up company which specializes in biotechnology, in 2016. With an engineering degree, an MBA, and many years of experience on the Russian and German markets, he meets all the requirements to further develop the Schaeffler Group for the future in Russia.

After moving its offices into the House of German Industry in the center of Moscow, and after having established strategic customer contacts, Schaeffler has continued to consistently implement the strategy to strengthen its position on the Russian market and develop new market opportunities by appointing a CEO Russia.

“We are delighted to welcome Mr. Shakhov to Schaeffler, and believe that he will successfully represent the Schaeffler Group’s Automotive and Industrial divisions as well as cross-regional topics in the countries of the Eurasian Economic Union”, said Prof. Dr. Lindner.

The Schaeffler Group is a globally active automotive and industrial supplier. Highest quality, outstanding technology, and strong innovative ability represent the basis for the Schaeffler Group’s lasting success. Its precision components and systems for engines, transmissions, and chassis as well as rolling and plain bearing solutions for numerous industrial applications make the Schaeffler Group a key contributor to “Mobility for tomorrow”. The technology company generated sales of approximately 13.3 billion euros in 2016. With around 86,600 employees, Schaeffler is one of the world’s largest companies in family ownership. It has a worldwide network of manufacturing locations, research and development facilities, and sales companies at approximately 170 locations in over 50 countries.