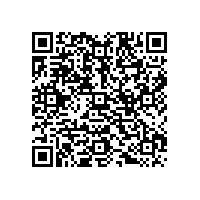 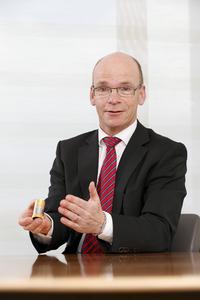 (PresseBox) ( Herzogenaurach/ Schweinfurt, 13-05-23 )
The functional requirements for components used in different sectors are increasing all the time. This applies equally to automotive engineering and rail vehicles, wind power, and aerospace applications. The basic material is almost always pushed to the limit of its endurance. The correct use of coatings means that higher requirements can be fulfilled in terms of corrosion and wear protection, the minimization of friction, electrical insulation and, soon, even sensor technology. It is therefore no surprise that coatings are an important design and product element that represents a clear competitive advantage for Schaeffler Technologies AG & Co. KG today.

Schaeffler's Surface Technology Center has developed a modular system that includes around 20 validated coating solutions – down to just a few microns – and thus offers the right solution for every type of requirement. To produce the coating systems, the specialists in the various business units worldwide have a range of procedures at their disposal, including spraying, painting, galvanic and chemical deposition, physical deposition from the gas phase (PVD), and plasma-assisted deposition from the gas phase (PACVD).

Prof. Dr.-Ing. Peter Gutzmer, CTO and Member of the Executive Board of Schaeffler AG, summarizes the significance of surface technology for product development: “For Schaeffler today, coatings are a design and product element that is inextricably linked to our high quality requirements and represents a clear competitive advantage. Coating technology reflects Schaeffler’s three main basic principles – quality, continuous improvement, and consistent innovative thinking. That is why this technology is so well suited to us."

At Schaeffler, automotive engineering is currently the area in which coating technology is most frequently employed, particularly when it comes to valve train components like tappets and pivot elements. The coating reduces the friction that occurs in contact with the camshaft by up to 50 percent and thus also reduces fuel consumption. Electric drives, on which Schaeffler is also working intensively, have completely different requirements when it comes to coatings, however. Ceramic insulating coatings made of aluminum oxide protect the various components from the electric current. The strong currents could otherwise cause the metals to melt, the oil to age extremely quickly and, ultimately, lead to bearing failure.

Even higher currents occur in electric rail vehicles, which means that providing insulation is the coating's most important task in these applications. Corrosion and wear protection, as well as the reduction of friction, are also important parameters in rail vehicles. These allow the function of the bearing to be ensured even when it is poorly lubricated, and corrosion – in axlebox bearings, for example – has little chance to do any damage despite the presence of moisture and dirt.

Rolling bearings with outside diameters of up to four meters are used in wind turbines. The most important tasks for coatings in the wind power sector are reducing friction and providing both a high slippage tolerance in the event of a sudden turbine start-up and insulation to protect against the passage of electric current. Solutions from Schaeffler include generator bearings that feature a glass fiber coating dipped in epoxy resin, which protect against the passage of current for voltages as high as 20,000 V.

The Aerospace business unit is governed by extremely high safety requirements. All of the most important aircraft manufacturers place their trust in Schaeffler when it comes to engine bearings. Airbus did just that with their flagship A380 airplane. Schaeffler is responsible for the main shaft bearings used on the three shafts of the A380’s engines and numerous rotationally symmetrical components, which feature up to five different coatings.

The demands made of these coatings are on the rise, as Dr. Tim Hosenfeldt, Director of Schaeffler's Surface Technology Center, explains: “The increasing prevalence of mechatronic systems naturally means that new demands are being placed on the coatings, such as the need for sensor-related properties for data collection and signal processing. The Sensotect coating system allows components to be made into sensors, or sensors into components. The rolling bearing, which is coated to a thickness of just a few microns, then also records and transmits physical values such as torques, forces, expansion, and temperatures in addition to transferring forces. This allows the bearing loads – in a car’s transmission or wheel bearing, for example – to be continuously measured and monitored. This additional information is becoming more and more important in the light of current trends.”

Peter Gutzmer, Member of the Executive Board, also sees great potential in sensor technology: “Advance development has produced very positive results thus far. This will be the next stage of functional development. I am very optimistic that Schaeffler will, in the foreseeable future, be offering rolling bearings that measure and transmit data using a sensor coating.”

Schaeffler with its product brands INA, LuK and FAG is a leading provider of rolling bearing and plain bearing solutions and of linear and direct drive technology, as well as a renowned supplier to the automotive industry of high-precision products and systems for engines, transmissions, and chassis applications. The globally active group of companies generated sales of approximately 11.1 billion euros in 2012. With approximately 76,000 employees worldwide, Schaeffler is one of the largest German and European industrial companies in family ownership. With 180 locations in over 50 countries, Schaeffler has a worldwide network of manufacturing locations, research and development facilities, sales companies, engineering offices, and training centers.