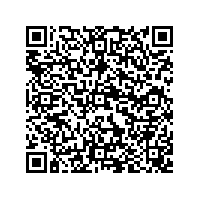 arivis was able to convince the jury and has been awarded the 2016 Red Herring Top 100 Europe accolade. arivis is part of a prestigious list honoring the year's most promising private technology ventures from the European business region 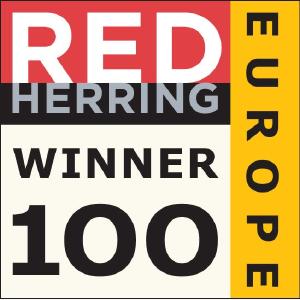 (PresseBox) ( Unterschleißheim, 16-05-27 )
Red Herring Top 100 Europe enlists outstanding entrepreneurs and promising companies. It selects the award winner from approximately 1200 privately financed companies each year in the European Region. Since 1996, Red Herring has kept tabs on these up-and-comers. Red Herring’s Top 100 list has become a mark of distinction for identifying promising new companies and entrepreneurs. Red Herring’s editors were among the first to recognize that companies such as Alibaba, Facebook, Google, Kakao, Skype, SuperCell, Spotify, Twitter, and YouTube would change the way we live and work. Thousands of the most interesting and innovative companies have graced the Top 100 list over the years.

“In 2016, selecting the top achievers was by no means a small feat,” said Alex Vieux, publisher and CEO of Red Herring. “In fact, we had the toughest time in years because so many entrepreneurs had crossed significant milestones so early. But after much thought, rigorous contemplation and discussion, we narrowed our list down from hundreds of candidates from across Europe to the Top 100 Winners. We believe arivis embodies the vision, drive and innovation that define a successful entrepreneurial venture. arivis should be proud of its accomplishment, as the competition was very strong.”

The winners for the 2016 edition of the Red Herring 100 Europe award were selected based upon their technological innovation, management strength, market size, investor record, customer acquisition, and financial health. The market footprint, execution of strategy and integration into their respective industries were also main criterions. During the months leading up to the announcement, Red Herring reviewed European companies in the telecommunications, security, cloud, software, hardware, biotech, mobile and other industries. After a very successful company presentation, arivis was announced as one of the winners of Red Herring’s 2016 Top 100 Europe award during a solemn Award Ceremony.

This unique assessment of potential is complemented by a review of the actual track record and standing of a company, which allows Red Herring to see past the “buzz” and make the list a valuable instrument for discovering and advocating the greatest business opportunities in the industry.

“In the past years we achieved several awards and recognitions. Winning these awards proves us, that we are on the right track, and our business strategy and innovation strengths are the base for a successful development,” explains Andreas Suchanek, CEO and Founder of arivis AG. 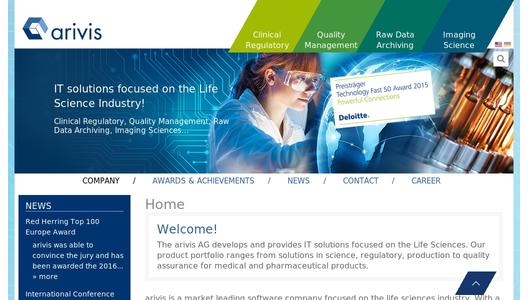 arivis products are used by small and medium sized biotech companies as well as by the world’s leading medical device and pharmaceutical companies and by international renowned research associations, organizations and universities. Headquartered in Munich, arivis is an international fast growing company that already generates more than 50% of its revenue in more than 25 countries outside of Germany. Especially in the USA arivis has built up a broad customer base and expects exponential further growth. Besides the US West Coast headquartered subsidiary in Phoenix (AZ), arivis opened a further US-office in Washington (D.C.) in September 2015. That will ensure customers an even better support.