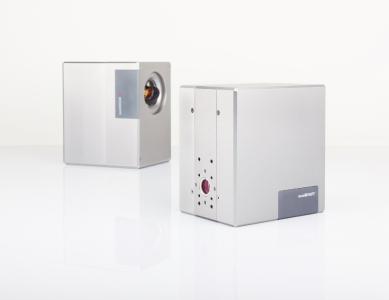 (PresseBox) ( Puchheim, Germany, 17-06-13 )
As the leading provider of high quality "made-in-Germany" scan systems, SCANLAB GmbH is introducing its high-dynamics excelliSHIFT z-scanner to the marketplace. Unlike conventional z-axes, the underlying patented concept fully eliminates use of transmissive elements. The resulting enormous rise in dynamic performance opens up completely new laser-processing possibilities. Moreover, this functionality is fully independent of mounting orientation, thus significantly increasing the number of degrees of freedom for machine builders and integrators. The new z-scanner is particularly compelling when used in conjunction with a 2D scanner for micro-structuring, laser engraving and processing of complex free-form surfaces.

Numerous laser applications demand highly dynamic laser spot motion across complex three-dimensionally formed surfaces. Precisely for this need, SCANLAB developed a totally new type of z-scanner that extends a 2D scan system into a 3D system. The excelliSHIFT is perfect for high-end applications in conjunction with an excelliSCAN scan head, and it's compatible with other scan heads, too.

Compared to conventional z-axes, the new z-scanner attains previously unachievable accelerations during focal shifting in the z-direction. The tried-and-proven galvanometer principle – a SCANLAB core competency and key technology – facilitates this enormous rise in dynamic performance. Thus, focal motions in the z direction are no longer a limitation for laser processing in three dimensions. The new z-scanner performs just as dynamically as a 2D scan head. The system design eliminates transmissive optics, thereby not only boosting dynamics, but also maximizing integration flexibility. These advantages accrue, for example, when designing complex machines for tool and mould-making. One potential application is functionalization of three-dimensional surfaces for vehicle construction.

When used with laser powers up to 120 W, no system cooling is required. For higher laser powers, a variant with air cooling is optionally available. In addition to the excelliSHIFT variant for 1030 – 1070 nm laser wavelengths, a second variant will soon be available for the 515 – 532 nm spectral range.

With over 20,000 systems produced annually, SCANLAB GmbH is the world-leading and independent OEM manufacturer of scan solutions for deflecting and positioning laser beams in three dimensions. Its exceptionally fast and precise high-performance galvanometer scanners, scan heads and scan systems find application in industrial materials processing and the electronics, food and beverage industries, as well as biotech and medical technology.
For over 25 years, SCANLAB has secured its international technology leadership through pioneering developments in electronics, mechanics, optics and software, as well as the highest quality standards.