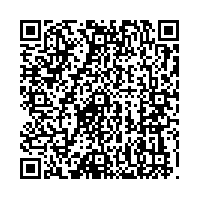 Subscribe to news
(PresseBox) ( Istanbul, 08-11-17 )
Meeting in Istanbul, the members of the European Round Table of Industrialists (ERT), a forum of 47 leaders of major industrial and technological companies of European parentage, expressed grave concern over the present economic situation.

ERT Chairman Jorma Ollila said: "We see economic conditions deteriorating rapidly in most of our industries, and we consequently see the urgent need for further co-ordinated political action. While we support the main policies outlined by the leaders of the G20 countries, we urge them to take further measures to stimulate demand by adequate fiscal policies, improving the availability of credit, and to strongly resist any moves towards protectionism. Accelerating free trade negotiations and shaping the new financial regulatory framework in co-operation with business should be priorities. We do not need subsidies to ailing sectors or companies, but we do need strong policies to stimulate demand and infrastructure investments."

The flow of business - signalled by a sharp fall in new orders, sentiment indicators, and availability of credit - has recently slumped in a very dangerous way. We have never seen general business conditions deteriorate as rapidly as in the recent months. Many supply chains are suffering from lack of financing. This portends an extremely dangerous development. Europe has not been immune to the financial contagion from the US.

In these dire times, we want to express support for the bold steps taken by European politicians and the European Central Bank, aiming to stop the decay of the financial system. We note - with some pride - that European actions became a role model for other parts of the world. We also note, that the euro has lent foreign exchange stability to Europe - without the single currency, we would probably have had a number of national currency crises to cope with, on top of the banking problems.

The bank guarantees and capital injections now appear to be gradually easing the financial problems. But the effects of the financial crisis on the real economy will get worse. We expect the economic situation to become progressively darker in Europe during the next year. In 2009, production will probably shrink.

This makes it necessary to pursue economic policies aiming to alleviate the crisis - as well as laying the basis for a future upturn and sustainable economic growth. In general terms, we accept and endorse the strategies put forth by the G20 leaders during the weekend. But the urgency of the present situation calls for more far-reaching and focused initiatives in Europe:

- The biggest current challenge for business is the availability of credit, which is poor and needs to be improved. This is not the time for banks to cut lending, but to increase it.
- We strongly support the G20 call for more stimulative monetary policies and therefore welcome central banks' plans to cut key rates - rapidly and in large steps. Deflationary risks are increasing, which makes forceful monetary policy response even more necessary.
- We also support the call for more fiscal stimulus, especially in the biggest European economy, Germany. In the EU, the Growth and Stability Pact includes special provisions that allow the normal ceilings for deficits to be temporarily lifted in times of crisis. These are such times.
- It is important that the fiscal expansion is made in a sustainable, pro-growth manner. Thus, we prefer income tax cuts, infrastructure investments, also related to combating climate change, and research and education expenditure - not subsidies to ailing sectors or companies.
- We endorse the necessary capital injections made into the financial system. However, we want to stress that these measures must be regarded as temporary. In the long term, state intervention in banks need to be rolled back.
- We strongly support the G20 aim to fight protectionism and to conclude the Doha trade negotiations. But it is imperative that this promise reaches further than words. We sincerely urge ministers of trade, finance - and not least agriculture - to take their leaders' statement seriously and move swiftly from words to action.
- We warn against industry over-regulation, which could jeopardise economic growth prospects.

Our companies employ almost five million people globally. Now, the worst recession in at least a quarter of a century is looming. The risk of social consequences is rising. Timely, strong and long-term policy action may still alleviate the pain. We hope that business and policy can reach an historical accord to support growth and employment.

The European Round Table of Industrialists (ERT) is a forum of 47 leaders of major industrial and technological companies of European parentage. These companies are drawn from a wide range of industry sectors from 18 European countries, and have a combined turnover of ¤1,600 billion, employing around 4.5 million people worldwide. ERT's core mission is to promote the competitiveness of European industry. It expresses views on those areas most connected to its own expertise, chiefly major developments which may affect the conditions essential to providing the proper environment conducive to successful business operation. More information on ERT is available from the ERT website, http://www.ert.eu. A list of members is attached.

Jorma Ollila is currently Chairman of Nokia and Chairman of Royal Dutch Shell. Before joining Nokia in 1985, he spent eight years at Citibank. He is also Chairman of the Board of Directors and Supervisory Board of both the Finnish Business and Policy Forum EVA and the Research Institute of the Finnish Economy ETLA.