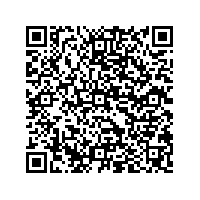 “The growth story at SAP continues with maximum strength. I couldn’t be prouder of this very significant top line and bottom line expansion,” said Bill McDermott, SAP. “The future is bright!”

“We have delivered a very strong result on the bottom line based on further acceleration of our operational excellence initiative and restructuring benefits in the third quarter. In parallel we have continued to execute extremely well on our cloud transition in the first nine months – a dynamic cloud business growing at 41% combined with a stable core, leading to double digit topline growth” said Luka Mucic, SAP. “It is with great confidence that we reiterate our 2019 outlook.”

After an initial review of its third quarter 2019 performance, SAP SE (NYSE: SAP) today announced its preliminary financial results for the third quarter ended September 30, 2019. All 2019 figures in this release are approximate due to the preliminary nature of the announcement.

In the third quarter, new cloud bookings were up 38% (33% at constant currencies) and up 50% excluding Infrastructure-as-a-Service (IaaS). A cloud deal with a major partner contributed 17 percentage points to Q3 new cloud bookings growth. The deal has a term of 3 years, with revenue recognition starting in the fourth quarter 2019.

The share of more predictable revenue grew by 2 percentage points year-over-year to 69% in the third quarter.

Ambition 2023
Over the period from 2018 through 2023, SAP continues to expect to:
– More than triple non-IFRS cloud revenue (2018: €5.03 billion)
– Grow to more than €35 billion in non-IFRS total revenue (2018: €24.74 billion)
– Approach a share of more predictable revenue of 80%
– Reach a Non-IFRS cloud gross margin of 75%
– Increase the non-IFRS operating margin by one percentage point per year on average, representing a total expansion of approximately 500 basis points.

The Company will report its complete third quarter 2019 results on October 21st.

This press release and all information therein is unaudited.

Definition of key growth metrics
New cloud bookings are the total of all orders received in a given period the revenue from which is expected to be classified as cloud revenue and that result from purchases by new customers and from incremental purchases by existing customers. Consequently, orders to renew existing contracts are not included in this metric. The order amount must be committed. Consequently, due to their pay-per-use nature, busi-ness network transaction fees which do not include a committed minimum consumption are not reflected in the bookings metric (e.g. SAP Ariba and SAP Fieldglass transaction-based fees). Amounts included in the measures are generally annualized (annualized contract value ACV).

Share of more predictable revenue is the total of non-IFRS cloud revenue and non-IFRS software support revenue as a percentage of total revenue.

Third Quarter 2019 Quarterly Statement
SAP’s third quarter 2019 quarterly statement will be published on October 21, 2019 and will be available for download at www.sap.com/investor.

Webcast
SAP senior management will host a financial analyst conference call on Monday, October 21st at 2:00 PM (CET) / 1:00 PM (GMT) / 8:00 AM (Eastern) / 5:00 AM (Pacific). The call will be webcast live on the Company’s website at www.sap.com/investor and will be available for replay. Supplementary financial information pertaining to the third quarter results can be found at www.sap.com/investor.

As the Experience Company powered by the Intelligent Enterprise, SAP is the market leader in enterprise application software, helping com-panies of all sizes and in all industries run at their best: 77% of the world's transaction revenue touches an SAP® system. Our machine learning, Internet of Things (IoT), and advanced analytics technologies help turn customers' businesses into intelligent enterprises. SAP helps give people and organizations deep business insight and fosters collaboration that helps them stay ahead of their competition. We simplify tech-nology for companies so they can consume our software the way they want - without disruption. Our end-to-end suite of applications and services enables more than 437,000 business and public customers to operate profitably, adapt continuously, and make a difference. With a global network of customers, partners, employees, and thought leaders, SAP helps the world run better and improve people's lives. For more information, visit http://www.sap.com.