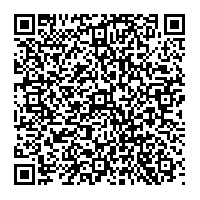 Part of the Las Vegas Valley, the City of Henderson is the second-largest city in Nevada, with 260,000 residents, 20 operational departments, more than 2,000 employees and a full-service local government. Two years ago, the City of Henderson decided it needed an efficient way to streamline strategic planning and align daily tasks with overarching goals, and turned to SAP BusinessObjects EPM solutions to support its new, holistic vision for performance management.

Two key factors in the City of Henderson's selection of SAP BusinessObjects Strategy Management were its ease of use and its ability to be rolled out across the city incrementally. The City of Henderson has gone live on the latest release of the application, which complements its existing non-SAP environment. The City of Henderson business users are now able to derive value from the solution on a daily basis, on their own, without requiring technical training or relying on IT resources. Previously, the City of Henderson relied on a time-intensive and inconsistent reporting process that used spreadsheets to monitor and chart departmental performances against objectives.

"With SAP BusinessObjects Strategy Management, we now require a fraction of the time previously spent preparing for operational review meetings and have significantly increased the amount of time we devote to improving operational performance," said Jill Lynch, manager of Budget and Strategic Management, City of Henderson. "The application gives us tools to strategically allocate our resources to provide citizens with the best public service possible. We have implemented SAP BusinessObjects Strategy Management in nine of our 20 departments, and it has empowered our employees to put daily responsibilities into a greater strategic context and, in turn, increase accountability. We are excited to complete the rest of the rollouts in 2009, beginning with our Police, Fire, City Attorney and City Manager departments."

One area in which the City of Henderson has realized time savings is in its Parks and Recreation department, whose quarterly reporting and annual planning processes have become far more efficient by delivering more detailed information in less time to the city manager. In addition, SAP BusinessObjects Strategy Management has given the department a new way to develop and monitor the milestones related to priority initiatives such as community classes, workshops and events.

Additionally, the City of Henderson Building and Fire Safety department uses the in-depth reporting capabilities of SAP BusinessObjects Strategy Management to better manage its permit-issuing process by documenting public records of each building permit, tracking the time taken to complete the process, charting how these times measure up against promised targets, and ensuring compliance with service-level agreements with the City of Henderson building and development communities.

SAP BusinessObjects Strategy Management will be added to the City of Henderson's award-winning performance management deployment. In 2007, the City of Henderson received the International City and County Management Association (ICMA) Certificate of Distinction for its integration of performance measurement into strategic planning and decision-making processes, and its promotion of accountability for service delivery within its staffs.

"Our strategy management solution can have a tremendous impact on all organizations-including the public sector, one of our top-four industry initiatives in 2009 - enabling them to dramatically improve operational performance by empowering all employees with the insight they need to make more informed decisions," said Sanjay Poonen, senior vice president and general manager, Performance Optimization Applications, SAP BusinessObjects Division. "The City of Henderson, a non-SAP customer, uses SAP BusinessObjects Strategy Management to define business strategies and cascade business goals throughout its organization, enabling employees to become engaged and vested in achieving success. Additionally, SAP is the only vendor in the market to provide a risk-adjusted approach to strategy, which helps the City of Henderson pursue expansion while proactively addressing any risks that might inhibit success."

SAP is the world's leading provider of business software(*), offering applications and services that enable companies of all sizes and in more than 25 industries to become best-run businesses. With more than 82,000 customers in over 120 countries, the company is listed on several exchanges, including the Frankfurt stock exchange and NYSE, under the symbol "SAP."

The SAP® BusinessObjects(TM) portfolio transforms the way the world works by connecting people, information and businesses. With open, heterogeneous solutions in the areas of business intelligence; information management; governance, risk and compliance; and enterprise performance management, the SAP BusinessObjects portfolio enables organizations to close the gap between business strategy and execution.