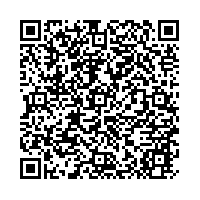 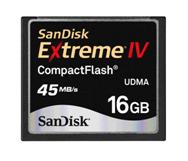 The groundbreaking addition of HD video capturing capabilities in a DSLR camera opens up whole new avenues of creative expression for users. Point and shoot digital cameras have been able to shoot video for some time, but HD video-enabled DSLRs take such innovation to another level. DSLR cameras offer users increased versatility with the ability to film using a wide variety of lenses. Now video enthusiasts can use a fisheye lens during one shot in order to capture wide hemispherical images, and a telephoto lens during another shot for close ups.

RAW images consume up to 10 times as much space as regular JPGs, making an afternoon's worth of wedding photos or using burst mode at sporting events a memory-intensive affair. The new 32-gigabyte1 (GB) SanDisk Extreme® III CompactFlash® (CF) card enables photographers to shoot in RAW for extended periods of time without worrying about running out of storage space.

Featuring 16:9 Full HD video capture at 1920 x 1080 pixels and 30 frames-per-second (fps), Canon's EOS-5D Mark II DSLR demands a memory card with the storage capacity required to make such filming both possible and enjoyable. At a whopping 32GB, the latest addition to the award-winning SanDisk Extreme III Compact Flash line can store over an hour and a half of video at full HD resolution. With a 30 megabyte-per-second2 (MB/s) write speed, SanDisk's card can transfer 32GB of content to a computer in a little over 15 minutes.

"The Canon EOS-5D Mark II highlights the newest trend in DSLRs which is to combine high-quality still photography with full HD video," said Susan Park, director of product marketing at SanDisk. "This is truly a remarkable camera that takes full advantage of the SanDisk Extreme family of high-performance and large-capacity memory cards."

SanDisk Corporation, the inventor and world's largest supplier of flash storage cards, is a global leader in flash memory - from research, manufacturing and product design to consumer branding and retail distribution. SanDisk's product portfolio includes flash memory cards for mobile phones, digital cameras and camcorders; digital audio/video players; USB flash drives for consumers and the enterprise; embedded memory for mobile devices; and solid state drives for computers. SanDisk (www.sandisk.com/corporate) is a Silicon Valley-based S&P 500 company, with more than half its sales outside the United States.