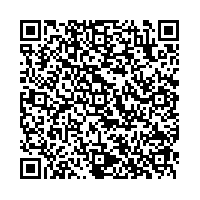 Subscribe to news
(PresseBox) ( Madison, 08-05-13 )
Findings from the first ever systematic comparison of tiling microarray platforms showed the Roche NimbleGen ChIP-chip arrays for ENCODE (ENCyclopedia Of DNA Elements) studies to be the most sensitive platform detecting genome-wide, protein-DNA interactions. This study revealed that microarrays employing longer oligonucleotide probes (50mers) are the most sensitive at detecting very low enrichment in simulated ChIP-chip experiments.

As shown in the recently published, first objective analysis of tiling array platforms, DNA amplification procedures, and signal detection algorithms in a simulated ChIP-chip experiment by Johnson et al in Genome Research1, the NimbleGen ChIP-chip ENCODE arrays are the most sensitive platform at lower levels of enrichment. Predetermined DNA sequences were used to imitate chromatin immunoprecipitation experiments. The DNA sequences were not disclosed to the participating researchers in order to prevent a biased evaluation of each tiling array platform.

In the study, mixtures of human genomic DNA and predetermined "spike-in" DNA were hybridized to four tiling array platforms by eight independent groups. Blind to the number of spike-ins, their locations, and the range of concentrations, each group made predictions of the spike-in locations. Each array platform had unique performance characteristics that varied with tiling resolution and the number of determinations, which have implications for cost versus detection power.

A critical aspect in any microarray ChIP-chip experiment is the sensitivity of detection of low-fold enrichment. The unbiased analysis reported in this paper demonstrated that NimbleGen ChIP-chip ENCODE long oligonucleotide arrays are the most sensitive at detecting ultra low enrichment (1.25- to 2-fold) at a false discovery rate of 5%.

"We have been very pleased with the high sensitivity and reproducibility of NimbleGen Arrays," said Peggy Farnham, Ph.D., professor of pharmacology and associate director of genomics at the University of California-Davis. Dr. Farnham is a leading scientist in epigenetic research. "The high sensitivity has been especially critical for our studies of site-specific factors that are present at modest levels in human cells and tissues."

ChIP-chip arrays allow the identification of binding sites of DNA-binding proteins in a very efficient and scalable way. Currently the most popular platforms for performing ChIP-chip experiments are commercial oligonucleotide-based tiling microarrays. The NimbleGen ChIP-chip ENCODE microarray of Roche, designed in conjunction with the National Human Genome Research Institute (NHGRI)-funded ENCODE Project Consortium, contains more than 385,000 unique 50mer probes selected from 30 megabases of human sequence data. These probes are tiled, or spaced apart, every 38 bases, thus creating a 12-base overlap between probes, which is important for high-resolution mapping of binding sites. NimbleGen ENCODE array design of Roche is part of a larger program at the company to provide researchers with cutting-edge tools to investigate protein-DNA interactions on a genome scale using ChIP-chip analysis.