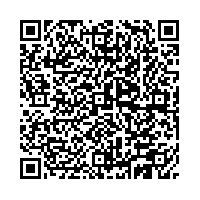 Subscribe to news
(PresseBox) ( Madison, WI, USA, 09-07-02 )
Roche NimbleGen has entered into a partnership with the Korea Centers for Disease Control and Prevention (KCDC) and Macrogen, Inc. to conduct an 8-month intensive Copy Number Variation (CNV) study of Korean individuals. This two-phase study will include large-scale characterization of CNVs in Korean populations and analysis of common CNVs in genome-wide association studies for complex disease including diabetes.

The Centers for Genome Sciences at KCDC has been playing a central role in Korean genomics initiatives by hosting national and international genome and epidemiology cohorts and by executing large-scale genome-wide association studies for complex disease. The new two-phased CNV study is an extension of the KARE (Korean Association Resource) project that has been focused on identifying single nucleotide polymorphism(SNP) associations with various diseases including diabetes. However, with the identification of genome-wide CNVs and their potential impact on human disease, KCDC will now extend this project to include characterization of common CNVs in Korean populations and their association with complex disease.

Since the first reporting of widespread presence of genome-wide CNVs in apparently healthy individuals in 2004, significant research efforts have focused on developing comprehensive high-resolution maps of common copy number variation in human populations. However, many of the studies completed to date, have focused primarily on European and African populations, and data suggest that additional CNVs from diverse populations remain to be discovered. Phase 1 of the Korean CNV study will include analysis of 50 apparently healthy individuals, with a set of custom NimbleGen CGH 2.1M arrays, that consists of 42 million probes distributed uniformly across the entire human genome. This 42 million probe array set will enable detection of CNVs down to ~500 bp resolution and the creation of the highest resolution map of CNVs in Korean populations.

In Phase 2 of the study, the impact of CNVs on human disease will be addressed in a genome-wide association study focused on diabetes mellitus type 2. DNA samples from 6,000 individuals from the Anseong, Ansan population from South Korea will be analyzed using the NimbleGen 3x720K CNV v1.0 Array, which provides the most comprehensive and up-to-date coverage of known CNVs as well as high-resolution coverage of the entire genome for detection of additional novel CNVs. Macrogen will perform high-throughput sample and data processing, using the complete NimbleGen CGH workflow that includes sample and array processing kits, instrumentation, software, and the recently launched NimbleGen MS 200 Microarray Scanner with 2µm scanning resolution. Kap-Seok Yang of Macrogen, Inc. notes that NimbleGen CGH/CNV arrays were selected for this project "because they offer more sensitive data with higher accuracy of breakpoint information to detect CNVs than arrays from any other vendor."

The results from this study could broaden the population spectrum of CNV data in existing databases and provide new insights into the contribution of CNVs to normal phenotypic variation, disease susceptibility, and response to drug therapies. Dr. Gerd Maass, CEO of Roche NimbleGen, explains: "It is essential to discover whether there are differences in genome structural variation among or within populations worldwide. Identification, characterization, and analysis of CNVs using NimbleGen high-resolution CGH/CNV microarrays is an effective method for elucidating the role of CNVs in human disease and could be the first step toward developing a personalized healthcare approach to the diagnosis and treatment of common and complex disease in the future."

Headquartered in Basel, Switzerland, Roche is a leader in research-focused healthcare with combined strengths in pharmaceuticals and diagnostics. Roche is the world's largest biotech company with truly differentiated medicines in oncology, virology, inflammation, metabolism and CNS. Roche is also the world leader in in-vitro diagnostics, tissue-based cancer diagnostics and a pioneer in diabetes management. Roche's personalized healthcare strategy aims at providing medicines and diagnostic tools that enable tangible improvements in the health, quality of life and survival of patients.