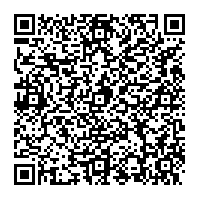 In the first study, van Bon and colleagues used custom NimbleGen CGH 12x135K and 4x72K arrays to precisely map chromosomal breakpoints in the 15q13 region in a series of individuals with developmental delay and normal karyotype. Initial characterization of the 15q13.3 microdeletion syndrome indicated a frequency of occurrence among mentally retarded individuals similar to Prader Willi syndrome, Angelman syndrome, and Williams-Beuren syndrome (3). In the current study analysis of an additional 18 individuals, harboring the 15q13.3 deletion, revealed highly variable intra- and inter-familial disease characteristics, with inherited deletions in at least 11 of the individuals. In addition, 7 of 10 siblings from four families also harbored the deletion and showed disease characteristics ranging from mild developmental delay, to early childhood learning problems, to no recognizable phenotype. Analysis of four individuals, with a duplication in this region, failed to identify a shared recognizable phenotype, although psychiatric irregularities were observed in two of the individuals. Interestingly, deletions in the 15q13 region were recently described in a study featuring16 individuals with schizophrenia, one of whom also had autism (5, 6). Together, these research data associate the 15q13.3 microdeletion syndrome with broad disease characteristics, ranging from normal development to mild and severe mental retardation and psychiatric disease, and challenge the paradigm that chromosomal abnormalities inherited from an apparently normal parent are usually without clinical significance.

A second novel genomic disorder involving chromosome 17q21.31 was recently identified and to date, fourteen 17q21.31 deletions have been reported in the medical literature. In the initial report, custom NimbleGen CGH arrays were used to define a minimal critical 478 kb deletion region (4). In the current study, Koolen and colleagues used a custom NimbleGen 385K array to precisely map chromosomal breakpoints in an additional 5 affected individuals. Results from this analysis narrowed the 17q21.31 critical region to a 424 kb region containing at least six genes, including the MAPT gene which is associated with several neurodegenerative diseases. In addition, the NimbleGen CGH array enabled identification of a specific polymorphism in parent samples that is associated with the pathogenic deletion.

Together, these research data establish the 17q21.31 microdeletion syndrome as a clinically and molecularly recognizable genomic disorder that occurs at a frequency of 0.64% among individuals with unexplained mental retardation and is highly under diagnosed.

The studies described above illustrate how the unique high resolution and flexible array design advantages of NimbleGen CGH arrays have enabled the identification and molecular characterization of novel microdeletion syndromes, and the realization that these syndromes can represent unpredictable and highly variable disease characteristics. Continued research focused on the identification and characterization of microdeletion and duplication syndromes will be essential to establish diagnostic criteria in the clinic.