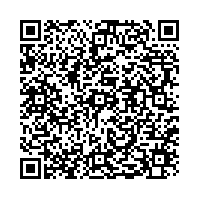 (PresseBox) ( Mannheim, 09-06-25 )
Roche Applied Science announced today the winners of the 10 Gigabase Grant Program for DNA sequencing and transcriptome analysis studies. The program awards up to 10 gigabases of sequencing using the Genome Sequencer FLX System to individual researchers, institutions or corporations as selected by a team of external scientific reviewers representing the fields of plant genomics and agriculture, human genetics and genomics, metagenomics and evolutionary biology. Due to the large number of strong applicants, two first-place grants were awarded. One first-place winner, a team of researchers at the Swiss Tropical Institute, Switzerland, and the University of Glasgow, UK, plans to use the technology of the Genome Sequencer FLX System to uncover genetic mutations associated with drug resistance in a parasite species responsible for African trypanosomiasis (sleeping sickness). The other first-place winner is a team of researchers at the Emory University, Washington University, and the University of Wisconsin-Madison who plan to perform metagenomic analysis of the fungal gardens formed by leaf-cutting ants.

The 10GB winning project in Europe, led by Pascal Mäser from the Swiss Tropical Institute (formerly University of Bern), together with Harry de Koning from the University of Glasgow, will use the sequencing award to uncover low-frequency genetic mutations in the parasite species Trypanosoma brucei subspecies which causes African sleeping sickness. The disease occurs in Sub-Saharan Africa and is fatal if left untreated, a situation which is aggravated by the occurrence of drug-resistant strains. "We are excited about the opportunity to use the Genome Sequencer FLX System to identify the mutations underlying drug resistance in T. brucei subspecies," explained Mäser. "The data generated with the 10GB Grant Program will take us closer to developing DNA-based tests for the diagnostics of drug resistance in sleeping sickness."

The 10GB award in North America will support the sequencing efforts of the fungal garden ant project, led by Nicole Gerardo from Emory University, Cameron Currie from the University of Wisconsin, and George Weinstock from Washington University in St. Louis. For approximately 50 million years, leaf-cutting ants have been farming fungi for food. Like human agriculture, this ancient system is complex, involving symbiotic associations between farmers, crops, beneficial microbes and harmful pathogens.

"Building on previous ecological and evolutionary studies, we will utilize metagenomics, transcriptomics and genomics based on the Genome Sequencer FLX System to explore the molecular processes underlying these intimate associations," stated Nicole Gerardo. "While doing so, we will build an infrastructure to integrate community-based genome exploration with cross-disciplinary studies in genomics, molecular biology, developmental biology, ecology and evolution."

Runner-up winners include projects to sequence the Arctic ice metagenome, examine the evolution of the drosophila genome, and perform genomic analysis of the silver fox.

Open to all researchers globally, this year's grant program received a record number of registrants - a testament to the increasing impact of sequencing as a tool in nearly all fields of biology. "We are pleased to see the adoption of the Genome Sequencer FLX System across a wide range of scientific disciplines," said Chris McLeod, President and CEO of 454 Life Sciences, a Roche company. "While one winning team will use the sequencing to deepen our understanding of one of the oldest and most complex symbiotic relationships described in nature, another will use the technology towards possible treatment improvements for a fatal human disease in the future. We are inspired by the scientific community and their ability to find new applications for the Genome Sequencer FLX System."