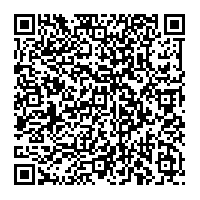 Subscribe to news
(PresseBox) ( Madison, WI, USA, 10-07-29 )
A team of researchers from leading universities in Turkey and the United States have reported that they have identified the genetic mutation responsible for the Uner Tan Syndrome (UTS) using advanced genetic capture and sequencing technologies from Roche (SIX: RO, ROG; OTCQX: RHHBY). The combined genomic technologies enabled the team of scientists to identify the causative mutation of this debilitating disease after years of mystery. The study was presented by Suleyman Gulsuner, M.D. from Bilkent University, Turkey during the European Human Genetics Conference recently held in Gothenburg, Sweden at which he was awarded the prestigious Isabelle Oberlé Award for outstanding work in the field of genetics of mental retardation.

Uner Tan Syndrome is a debilitating condition that causes those affected to walk with a quadruped gait, using their feet and the palms of their hands while also suffering from severe mental retardation. This syndrome attracted worldwide attention and was featured in the 2006 BBC2 documentary The Family That Walks On All Fours. In addition to the initial family, other families with the same syndrome have been reported in Turkey as well as in Iraq, Iran and Brazil. Initial mapping studies indicated genetic heterogeneity. The scientific group, led by Prof. Tayfun Özçelik, M.D. at Bilkent University, identified the first gene in 2008 (Proc Natl Acad Sci U S A, 105:4232-6). However, the cause of this disorder in the original family featured in the BBC documentary remained unclear and theories regarding the contribution of genetic and environmental factors have been postulated. To identify the genetic basis, scientists have focused their search on a specific region on chr 17p13 in the genome. However, finding the disease causing mutation in the more than 7 million DNA bases within this region has presented an enormous challenge.

Using Roche NimbleGen's Sequence Capture technology and the GS FLX System from 454 Life Sciences, a Roche company, the ~ 7 Mb targeted candidate region from two affected and two carrier individuals were quickly extracted from the genome and sequenced. Trimming of the candidate mutations found in the region led to a list of four final candidates based on gene function and Mendelian disease models. Out of these four candidates, three were excluded by further screening 300 healthy controls. In the end, a single mutation was discovered from this study as the genetic basis for Uner Tan Syndrome in the affected family.

"Human genomics is enjoying a most productive period in the identification of genes associated with rare diseases thanks to next generation sequencing technologies. The gap between the identification of a disease locus and the actual documentation of causative mutations was a daunting task until recently; presenting a serious bottleneck in medical genetics studies" explained Prof. Tayfun Özçelik, "However, now as we celebrate the 10th anniversary of the completion of the human genome project, 'omics technologies coupled with genome sequencing approaches are offering unparalleled opportunities to better understand human evolution, early human migration and genetic diversity. Undoubtedly, next generation sequencing will lead to scientific discoveries, which will enable genetic knowledge to be translated into medical knowledge and contribute substantially to the understanding of the genetic basis of human diseases worldwide".

"NimbleGen and 454 Life Sciences' technologies worked wonderfully in this study. Combining new targeted next generation sequencing technologies with the traditional genetic linkage analysis enabled the efficient capture and high quality sequencing of the region, and led to the discovery of the disease causing mutation at a speed which was unimaginable a few years ago. It is quite convincing that, these kinds of studies will be a primary scientific and medical tool in the near future." added Dr. Gulsuner.

"We are excited to see the medical value that Roche products, such as NimbleGen Sequence Capture, provide in helping researchers unravel another unknown mystery in inherited diseases." stated Dr. Frank Pitzer, CEO at Roche NimbleGen. "We believe similar studies carried out by researchers like Prof. Tayfun Özçelik will help us better understand the causes of many genetic diseases, hopefully leading to future breakthroughs in diagnostic and therapeutic interventions."

For life science research only. Not for use in diagnostic procedures.
454, 454 LIFE SCIENCES, 454 SEQUENCING, GS FLX, and NIMBLEGEN, are trademarks of Roche.
Other brands or product names are trademarks of their respective holders.