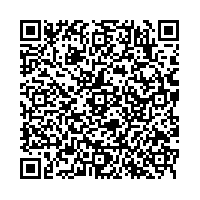 Subscribe to news
(PresseBox) ( Mannheim, 08-11-11 )
The xCELLigence System from Roche Applied Science enables researchers to monitor and quantitatively assess cell attachment and spreading in real-time. The technique is non-invasive and does neither require lab- and cost-intensive cell labeling nor cell lysis or fixation. With this quick and economical method, the user can monitor the effect of matrix proteins on biological events in one single experiment.

ECM proteins such as fibronectin interact with specific cell surface receptors, the integrins. Integrins not only mediate cellular adhesion but upon interaction with ECM proteins also initiate an intracellular signaling cascade that directs various cellular processes. Cellular adhesion on different biological surfaces is a dynamic, integrated process that requires the participation of cell surface receptors, structural and signaling proteins, and the cytoskeleton.

In an experiment to test the xCELLigence System, E-Plates were coated with fibronectin or a control peptide. NIH3T3 cells were applied to the coated wells and the extend of cell adhesion and spreading, measured as changes in impedance and recorded in arbitrary Cell Index (CI) units, was monitored over time. The CI increased dramatically when cells were applied to fibronectin-coated wells, but increased only slowly when applied to wells treated with the control peptide. In addition, impedance measurements showed that the extent of cell adhesion on the fibronectin-coated cell sensor array was dependent on fibronectin concentration (as confirmed by manual cell counts). The data support the notion that with this technology, cell attachment and spreading can be quantitatively assessed in real-time under label-free conditions.

To test whether perturbation of integrin receptor function can be assessed using the impedance-based technology, fibroblasts were incubated in the presence of an integrin inhibitor peptide, and then plated on fibronectin-coated E-Plates. Using the xCELLigence System, it was confirmed that the inhibitor blocked NIH3T3 cell adhesion and spreading in a concentration-dependent manner while a control peptide had no effect.

The effect of actin-disrupting agents on cell adhesion and spreading was also monitored using the xCELLigence System. Fibroblasts were incubated in the presence of an actin polymerization inhibitor, and then plated on fibronectin-coated E-Plates. The presence of actin polymerization inhibitor in fact inhibited cell attachment and spreading in a concentration-dependent manner.

The group of signaling proteins that participate in integrin-mediated cell attachment and spreading include the Src family of non-receptor tyrosine kinases. It was shown in a research study that interference with Src expression or Src activity, either via siRNA interference or small molecule inhibitors such as PP2, resulted in the disruption of adhesion and spreading of human cancer cells as monitored with the xCELLigence System.

For more information on the technology, please visit www.xcelligence.roche.com.

XCELLIGENCE is a trademark of Roche.
E-PLATE and ACEA BIOSCIENCES are registered trademarks of ACEA Biosciences, Inc. in the US.