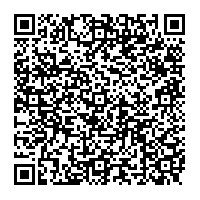 Subscribe to news
(PresseBox) ( Penzberg, 10-08-05 )
The peroxisome proliferatoractivated receptors (PPAR Alpha, Beta/Delta and Gamma) are nuclear receptors that modulate transcription of regulatory pathways involved in diseases ranging from metabolic syndrome to cancer. They therefore hold great potential as therapeutic targets for the treatment and prevention of disease. PPAR Beta/Delta activation has been reported to increase fatty acid catabolism, ameliorate insulin resistance and decrease serum glucose, implicating a potential significance as a target in the treatment of type 2 diabetes. However, this is clouded by controversial reports on the role of PPAR Beta/Delta in cancer, with some reports suggesting that its activation potentiates tumorigenesis while others suggest that cell proliferation is either unaffected or inhibited by PPAR Beta/Delta activation.

The controversial nature of these reports is largely due to the lack of stringency in approaches used to examine cell proliferation, in particular the limited published time course and concentrationdependent studies. To address this, a recent study used Roche's (SIX: RO, ROG; OTCQX: RHHBY) xCELLigence system to compare the effects of the PPAR Beta/Delta agonist, GW0742, and the PPAR Beta/Delta antagonist, GSK3787, on proliferation of human cancer cell lines (1). The xCELLigence system allows realtime monitoring of adherent cell proliferation, measuring electrical impedance of cells grown on microsensor arrays integrated into the bottom of each well of a tissue culture E-Plate. A major advantage of this system is that the biological status of cells (including cell number, viability, morphology, and cytoskeletal dynamics) can be measured without the need for addition of chemical labels, which might in turn affect cell physiology. In addition, realtime analysis of cell proliferation provides an outstanding approach over standard techniques, yielding accurate assessment of doubling time during the linear growth phase over a broad concentration range of compound.

The cell lines studied in this system were the human squamous cell carcinoma line A431, human liver cancer cell lines HepG2 and Huh7, human lung cancer cell lines A549 and H1838, and the human breast cancer cell line MCF7. Cells were seeded into the wells of a 16well E-Plate at a density to obtain optimal exponential growth curves. GW0742 or GSK3787 were added to the cells at concentrations of 0.1, 1.0 or 10 MuM. Cell proliferation was monitored every 15min using the xCELLigence system for up to 120h, during the log growth phase.

The results revealed that neither the antagonist GSK3787 nor the agonist GW0742 displayed any toxicity in the six human cancer cell lines studied. In addition activation of PPAR Beta/Delta by the agonist had no influence on cell proliferation. Consistent with this, the antagonist, GSK3787, also had no effect on cell proliferation. These results are observed despite the fact that GW0742 upregulates transcription of known PPAR Beta/Delta target genes (angiopoietinlike protein 4 and adipose differentiationrelated protein) both in normal and cancer cells. Although GSK3787 failed to decrease basal expression of these genes, in most cases it antagonised their upregulation induced by GW0742. Achieving such modulatory effects, without promoting cancer cell growth, may be beneficial for the future application of these compounds in vivo.