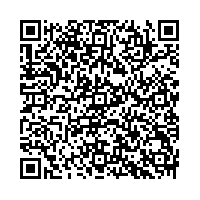 Subscribe to news
(PresseBox) ( Penzberg, 09-09-10 )
The p53 tumor suppressor, a transcription factor that activates or inhibits hundreds of genes, either directly or indirectly, triggers a variety of cellular effects and plays a central role in the cellular defense against cancer. One of the main approaches for pharmacological intervention is to activate wild-type p53 in cancer cells by blocking MDM2 from binding to p53. Scientists have recently identified nutlins - small molecules inhibiting p53/MDM2 interaction - which represent valuable tools for studying p53 regulation and facilitating the development of cancer therapies.

In their study describing a model system of the cellular effects of nutlin 3a (active enantiomer) and nutlin 3b (inactive enantiomer), the authors used the xCELLigence System for continuous cell recording and the LightCycler® 480 Real-Time PCR System for qRT PCR analysis. They also performed various endpoint assays for cell viability, proliferation, and apoptosis/necrosis that provided insight into nutlin-induced cellular events. This workflow proved to be a powerful model system for cellular analysis, pinpointing the optimal time points for functional endpoint assays and qPCR. More than 50 genes were up or down regulated 6 hours after nutlin 3a treatment, with more than 140 genes in the apoptosis pathway 24 hours after nutlin 3a treatment. Both RealTime ready Focus Panels provided a comprehensive set of apoptosis and cell-cycle-related genes that corresponded specifically to nutlin 3a transcriptional activation.

SJSA1 cells treated with nutlin 3a were analyzed using four different endpoint assays for cell viability, cell proliferation, cell lysis and apoptosis/necrosis. Changes in the CI profiles could thus be attributed to a cessation in DNA synthesis 24 hours after nutlin 3a treatment. This finding is consistent with a reduction in cell viability, followed by an increase in the number of apoptotic cells and the onset of cell lysis 48 hours after nutlin 3a treatment.

The xCELLigence System monitors cellular events in real-time without the incorporation of labels. The system measures electrical impedance across interdigitated micro-electrodes integrated on the bottom of tissue culture E-Plates. The impedance measurement provides quantitative information about the biological status of the cells, including cell number, viability and morphology. A wide range of cell-based assays for both high-throughput screening and research laboratory environments can be performed on the xCELLigence System.

Headquartered in Basel, Switzerland, Roche is a leader in research-focused healthcare with combined strengths in pharmaceuticals and diagnostics. Roche is the world's largest biotech company with truly differentiated medicines in oncology, virology, inflammation, metabolism and CNS. Roche is also the world leader in in-vitro diagnostics, tissue-based cancer diagnostics and a pioneer in diabetes management. Roche's personalised healthcare strategy aims at providing medicines and diagnostic tools that enable tangible improvements in the health, quality of life and survival of patients. In 2008, Roche had over 80,000 employees worldwide and invested almost 9 billion Swiss francs in R&D. The Group posted sales of 45.6 billion Swiss francs. Genentech, United States, is a wholly owned member of the Roche Group. Roche has a majority stake in Chugai Pharmaceutical, Japan. For more information: www.roche.com.