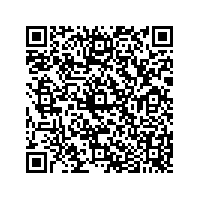 (PresseBox) ( Branford, 08-11-14 )
An unusual microorganism discovered in the open ocean may force scientists to rethink their understanding of how carbon and nitrogen cycle through ocean ecosystems. A team of researchers at the University of California, Santa Cruz characterized a novel species of cyanobacteria by sequencing the metagenome of an ocean sample with the new GS FLX Titanium series reagents from 454 Life Sciences, a Roche company. The system's long, highly accurate reads provided a comprehensive view into the surprising genetic make-up of this long-elusive bacterial species.

The study appears in the November 14th issue of Science, and details the discovery of what the researchers believe to be a new form of cyanobacteria, a group of photosynthetic bacteria formerly known as blue-green algae. Unlike all other known free-living cyanobacteria, this species lacks the genes needed for carbon fixation and photosynthesis, the light energy-dependent process which converts carbon dioxide and water into sugars, and whose byproduct is oxygen. Importantly, the mysterious microbe is a specialist in another essential ecological function: It provides natural fertilizer to the oceans by "fixing" nitrogen from the atmosphere into a form usable by other organisms.

"For it to have such an unusual metabolism is very exciting," said lead researcher Jonathan Zehr. "We're trying to understand how something like this can live and grow with so many missing parts." Earlier research by Zehr's group had revealed surprisingly large numbers of nitrogen-fixing cyanobacteria in coastal waters and the open ocean. Although 80 percent of the Earth's atmosphere is nitrogen gas, most organisms cannot use it unless it is fixed to make molecules like ammonia and nitrate. Because nitrogen is essential for all forms of life, nitrogen fixation is a major factor controlling overall biological productivity in the oceans. "The new microbe is one of the most abundant nitrogen fixers in many parts of the ocean. Ecologically, it's important to understand its role in the ecosystem and how it affects the balance of carbon and nitrogen," Zehr said.

The new cyanobacteria was characterized by rapid, high-throughput sequencing of genomic DNA from an enriched ocean water sample using the new GS FLX Titanium series reagents. In fact, the study marks the first published paper using the upgraded chemistry series, which generates more than one million individual reads per run with read lengths greater than 400 base pairs. "We were amazed by the speed in which we were able to obtain and analyze our results. We have been trying unsuccessfully to culture this organism for years and with data from a single GS FLX Titanium run, produced in days, we were able to obtain valuable genomic information directly from an environmental sample ," explains Zehr. "The system's extra long reads were critical for our ability to identify and analyze this unusual microbe's genome from a complex microbial community."

"This study clearly demonstrates the critical importance and utility of the long, high-accuracy reads produced by the new GS FLX Titanium series reagents. The sequence reads and resulting assembly were the missing links needed to complete this fascinating and long running investigation by the Zehr group", says Jason Affourtit, Group Leader of Advanced Technologies Integration at 454 Life Sciences and study co-author.

The team hopes to continue their research by mapping the microbe's presence in the oceans and determine its global abundance. They are also interested in how the organism's metabolism differs from other known cyanobacteria. While this bacteria has not yet been cultured, the new genomic information opens potential avenues to exploit its unusual metabolism in biotechnology applications.

454 Life Sciences, a center of excellence of Roche Applied Science, develops and commercializes the innovative 454 Sequencing System for ultra-high-throughput DNA sequencing. Specific applications include de novo sequencing and re-sequencing of genomes, metagenomics, RNA analysis, and targeted sequencing of DNA regions of interest. The hallmarks of the 454 Sequencing System are its simple, unbiased sample preparation and long, highly accurate sequence reads, including paired reads. The technology of the 454 Sequencing System has enabled hundreds of peer-reviewed studies in diverse research fields, such as cancer and infectious disease research, drug discovery, marine biology, anthropology, paleontology and many more. For additional information, please visit http://www.454.com. For more information on the technology, visit www.roche-applied-science.com/....

Headquartered in Basel, Switzerland, Roche is one of the world's leading research-focused healthcare groups in the fields of pharmaceuticals and diagnostics. As the world's biggest biotech company and an innovator of products and services for the early detection, prevention, diagnosis and treatment of diseases, the Group contributes on a broad range of fronts to improving people's health and quality of life. Roche is the world leader in in-vitro diagnostics and drugs for cancer and transplantation, a market leader in virology and active in other major therapeutic areas such as autoimmune diseases, inflammation, metabolism and central nervous system. In 2006 sales by the Pharmaceuticals Division totaled 33.3 billion Swiss francs, and the Diagnostics Division posted sales of 8.7 billion Swiss francs. Roche employs roughly 75,000 worldwide and has R&D agreements and strategic alliances with numerous partners, including majority ownership interests in Genentech and Chugai. Roche's Diagnostics Division offers a uniquely broad product portfolio and supplies a wide array of innovative testing products and services to researchers, physicians, patients, hospitals and laboratories world-wide. For further information, please visit our website at www.roche.com.