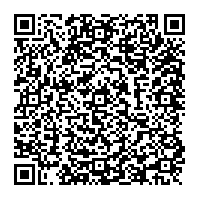 (PresseBox) ( Branford, USA and Montreal, Canada, 09-02-18 )
New data from two studies, presented last week at the 16th Conference on Retroviruses and Opportunistic Infections (CROI) in Montreal, Canada demonstrate that ultra-deep sequencing with the Genome Sequencer FLX System from 454 Life Sciences, in combination with traditional methods, may provide a deeper understanding of baseline viral resistance and tropism, leading to potential improvements in the way new drugs may be selected for HIV patients in the future. Effective drug selection for combination therapy is critical to ensure patients obtain optimal, long term suppression of HIV and prevent progression to AIDS.

The presentations at CROI outline research carried out by scientists from the University of Rome "Tor Vergata" and Virco BVBA, in the latest in a series of joint studies performed at Virco's laboratory to analyze and interpret data generated by sequencing HIV-infected research samples with the Genome Sequencer FLX System. The studies explore resistance to a new class of drug called integrase inhibitors, as well as an in-depth evaluation of viral tropism. The ultra-deep method enabled by 454 Sequencing systems offers dramatically improved sensitivity in detecting low-frequency viral variants, also known as viral quasispecies, compared to traditional population based sequencing.

The first study analyzed long-term antiretroviral users receiving a combination therapy of an integrase-inhibitor, raltegravir, and optimized backbone therapy. The investigators analyzed samples at multiple time-points using both traditional Sanger genotyping, in vitro phenotyping and the ultra-deep sequencing method. The researchers found, at levels far below normal detectability, an abundance of viral quasispecies in patients whose treatment failed, in contrast to a far lower number of quasispecies found among patients whose treatment was succesful. They hypothesized that the co-presence of many different strains may favor the development of drug resistance and consequently drug failure.

Furthermore, the researchers suggest that the correlation between quasispecies identified at baseline and treatment failure may be occurring via pathways which are much more complex than simple drug-driven selection of the primary mutations currently identified. "The ability of the technology of the 454 Sequencing System to identify mutants at very low levels provides new insights on how HIV may develop resistance to new drugs such as Integrase inhibitors," said Professor Perno from Tor Vergata University. His colleague Dr. Ceccherini-Silberstein added, "This technology will compliment existing techniques and can provide a significant added value to HIV research."

In the second study, the researchers analyzed isolates from HIV-infected patients to characterize viral tropism by both traditional phenotyping and genotyping, as well as deep sequencing analysis. HIV tropism refers to the preference of a patient's particular HIV virus to select one of two co-receptors for entry into the patient's CD4 immune cell, where the virus reproduces. Determining the co-receptor that a HIV strain uses, either CCR5, CXCR4 or a combination of both, is a critical component of monitoring and treating HIV. Dual-tropic virus types have the ability to use either or both co-receptors for cell entry. In the research study, ten randomly-selected dual-tropic isolates were analyzed by V3 deep sequencing analysis with the 454 Sequencing System, and tested for research purposes in human immune cells for sensitivity to therapies, including the CCR5 antagonist maraviroc and the CXCR4 antagonist AMD3100.

From these research samples, they found that dual tropic viruses are mostly characterized as quasispecies with potential to use both R5 and CXCR4 receptors as opposed to quasispecies with mixtures of R5 and X4 using viruses, a new insight into how the HIV virus adapts in choosing a co-receptor to enter human target cells CD4 cells. "This analysis helps develop better understanding of the complex mechanisms of HIV co-receptor tropism," said Dr. Lieven Stuyver, Vice President R&D at VIRCO BVBA. "We believe that the use of current technologies such as phenotyping, combined with the newer tools such as ultra-deep sequencing with the Genome Sequencer FLX System, linked to clinical outcome data may allow us to unravel these complex viral mechanisms and ultimately could lead to better HIV treatment in future."

"These studies continue to demonstrate the utility of the 454 Sequencing System for research on viral diseases and their potential treatment," explains Christopher McLeod, President and CEO of 454 Life Sciences. "The development of novel therapies, such as the new classes of HIV drugs, often requires companion tools for proper selection of suitable treatment regimens for patient candidates. We believe that that the sensitivity, accuracy, and speed of the 454 Sequencing System will transform the way HIV is monitored and treated in the near future."

The 454 Genome Sequencer FLX System is sold for life science research use only.
454, 454 SEQUENCING, 454 LIFE SCIENCES and GS FLX TITANIUM are trademarks of Roche.