The digital future of customs clearance in Switzerland 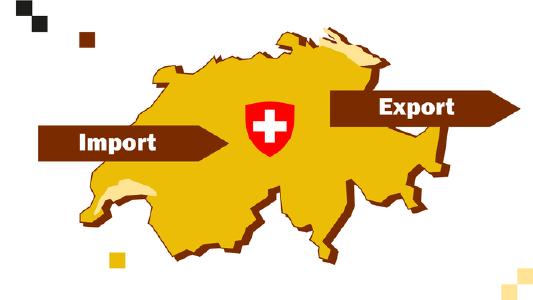 (PresseBox) ( Zurich, Switzerland, 21-04-27 )
The future of logistics is digital. With the revision of the customs law in the course of the “Digital Switzerland Strategy”, the foundation stone for the digital future of customs clearance was already laid in 2005. DaziT, the program of the Swiss Federal Customs Administration (FCA), is a further step towards digitalization in customs clearance at the Swiss border crossing. Riege Software participates in the “Software Development” working group of the DaziT program, which consists of companies that develop customs systems for the movement of goods. Passar, the new goods traffic system of Swiss Customs, is to be made available to forwarding companies throughout the EU in 2023.

On an average day, about two million people, one million vehicles and 21,000 trucks cross the Swiss border. Switzerland's most important partner in cross-border traffic is the European Union. After a short-lived low in December 2020, Swiss foreign trade grew by a seasonally adjusted 5.4 percent in January 2021 to 18.9 billion Swiss francs in exports and by 3.3 percent to 15.3 billion Swiss francs in imports. In both directions, the positive trend is largely driven by the pharmaceutical industry. Simplifying processes for importing and exporting trade goods is therefore an important factor for Switzerland in connection with the Europe-wide digitalization approach in logistics.

European customs regulation as a benchmark for Passar

Digitizing processes in customs clearance puts cooperation with European logistics giants on a modern, future-proof foundation. Jordi Barreiros, Branch Manager Riege Software Switzerland, says: “Passar represents a major and important step forward in the digital future of customs procedures.” The decisive factor for a realignment of customs clearance in Switzerland was the European Customs Code, which defines the basic features of today's European customs law. This includes a gradual introduction of Europe-wide standardized IT procedures and cross-border databases. With the revision of the Swiss Customs Act in 2005, the Swiss FCA moved a step closer to the European Customs Code.

Digital pass in the future

All goods moving across the border to Switzerland must be declared to customs beforehand. Until now, this process involved time-consuming checks and double data entry. This in turn led to waiting times at the border and slowed down the supply chain. With the DaziT program, the Federal Customs Administration will consistently simplify and digitalize all Swiss customs processes by 2026. Representatives of the business community will be involved at several levels, including in the “Software Development” working group, which Jordi Barreiros chairs. With the customs module in Scope, Riege Software already enables direct data exchange between the German customs module ATLAS and its Swiss counterpart e-dec, saving forwarders on both sides of the border from having to enter data twice.

“The digitization of customs clearance processes is an important and forward-looking step in the right direction.” - Jordi Barreiros, Branch Manager Riege Software Switzerland

With the introduction of the new goods traffic system Passar, the existing systems NCTS as well as e-dec will be replaced. In addition to merging the two systems, the overall customs declaration processes are to be simplified, standardized and digitalized. The involvement of the business community, in particular software developers such as Riege Software, who have contributed significantly to borderless customs clearance to date, is a decisive success factor in the transition to Passar. With its Transport Management System Scope, Riege Software has already defined the digital standard for digital logistics and, as an expert in digitalization, is happy to participate in the “Software Development” working group of the DaziT program. In terms of content, the working group deals with the technical fundamentals of the changeover to the new system as well as the joint planning and implementation of tests and pilot projects.

Thanks to a new function in Scope, key players in logistics can already benefit from direct data exchange between the German ATLAS and the Swiss e-dec module. Scope provides the solution for cross-border processing of all customs procedures in just one system and, with this function, forms a solid basis for digital data exchange at international level.

Riege Software is the creator of Scope, the leading cloud-based software for air freight, ocean freight and customs. Developed as a digital standard for digital logistics, Scope enables participants in the global supply chain to collaborate fully with just one system.

Founded in 1985 and privately held ever since, the company has a long-standing, in-depth understanding of the logistics industry's needs and serves more than 575 companies of all sizes in 46 countries. The future of logistics is digital. Scope is the future of digital logistics.

10 years Riege Software in the Netherlands