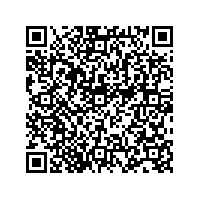 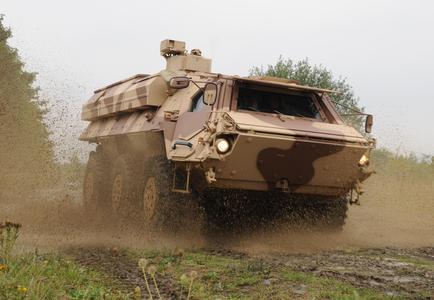 (PresseBox) ( Düsseldorf, 15-07-01 )
The Emirate of Kuwait has contracted with Rheinmetall to supply it with twelve state-of-the-art armoured NBC reconnaissance vehicles, the 2 NBC-RS "Spürfuchs". Now binding, the order also includes comprehensive support in the form of training, service and spare parts. Delivery of the vehicle commences in 2017. An accompanying technical support agreement contract covers a period of five years, beginning as soon as the first Fuchs/Fox 2 NBC-RS vehicle enters service. The parties to the contract have agreed not to disclose the cost of the order.

The contractor is Rheinmetall MAN Military Vehicles GmbH (RMMV). Rheinmetall holds a 51% share in the company, which was founded in 2010 and is located in Munich. The remaining 49% is held by MAN Truck & Bus. RMMV is a globally renowned supplier of military wheeled vehicles, with special expertise in the field of NBC reconnaissance technology.

As Pietro Borgo, Managing Director of RMMV and Member of the Executive Board of Rheinmetall Defence, explains, "This important order is a major vote of confidence by an Arab country in Rheinmetall, Europe's leading supplier of army technology. We greatly appreciate this. By placing this order, Kuwait will soon possess NBC reconnaissance capabilities that are second to none. We are very pleased to be making a decisive contribution here."

The outcome of a systematic development effort, the vehicles earmarked for Kuwait are the first to feature an additional biological detection capability. This constitutes another major technological advance, made possible thanks to Rheinmetall's comprehensive, longstanding expertise in this field, in turn underpinning RMMV's leading position in this segment of the market. When it comes to detecting biological threats, RMMV can supply users not only with the advanced Fuchs/Fox 2 NBC-RS, but - depending on their operational requirements - with a separate biological detection laboratory as well, mounted on the carrier platform of their choice.

Tried and tested in the armed forces of numerous nations: NBC detection expertise from Rheinmetall

Robust and resilient, the Fuchs/Fox wheeled armoured transport vehicle has proven highly effective in crisis regions around the world, with over 1,200 built. Of these, nearly 300 have been configured for NBC reconnaissance operations, performing a vital role in the German Bundeswehr, the US Army and the armed forces of the United Arab Emirates, the United Kingdom, the Netherlands, Norway and Saudi Arabia.

In addition, the NBC defence forces of Germany, Switzerland and Sweden all have Rheinmetall-made mobile NBC field laboratories in their inventories, which can be transported to the area of operations by road, rail, sea or air. Around the world, these field laboratories have done an excellent job of identifying radiological, biological and chemical hazards.

In the civil defence realm, Rheinmetall has supplied German fire brigades with 397 NBC detection vehicles. These systems help to make sure that German cities are as well prepared as possible to contend with such threats.

The company's highly protected 6x6 Fuchs/Fox armoured transport vehicle, the heavyweight 8x8 multi-mission Boxer and its 4x4 multipurpose SURVIVOR R and AMPV vehicles underscore RMMV's wide-ranging expertise in the tactical domain. Capable of carrying a wide variety of equipment kits, these versatile modular vehicles can be tailored to meet the needs of users around the world. In the logistical arena, the company's TG, HX and SX vehicle families cover the complete spectrum of modern military logistical requirements. In recent years RMMV has won every important international procurement order for logistical vehicles, including from Australia, New Zealand, Norway and Sweden.

With over 1,700 employees at six locations, the company develops and manufactures sophisticated systems that are now successfully in service in over forty countries.