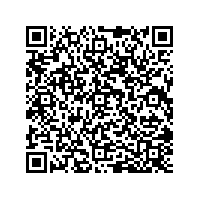 Rheinmetall shows a modest start to the new fiscal year

The Düsseldorf-based Rheinmetall Group has started the new fiscal year modestly in both business sectors. Lower sales and initial restructuring measures strongly affected results. However, the company is sticking to its forecast for the year as a whole.

"2013 will be a year of transition for Rheinmetall," said CEO Armin Papperger. "We have launched an extensive package of measures to increase cost efficiency and are implementing these measures systematically. I am confident that Rheinmetall will return to its former profitability from 2015 on."

In addition to the considerably lower sales, increased development costs in Automotive and uncovered cost structures and an altered product mix in Defence resulted in an operating loss (EBIT before restructuring costs) of €14 million. Including the expenses recorded for restructuring measures of €5 million, the consolidated loss before interest and taxes (EBIT) is €19 million, down €62 million year on year.

The Defence sector again posted a high order intake in the first quarter: At €416 million, the previous year's figure of €432 million was nearly reached. At €5,002 million, the order backlog is at a new record level.

At €363 million, sales in the Defence sector fell below the first quarter of 2012's comparative figure of €471 million by €108 million or 23%. The product unit Unmanned Aerial Systems, the majority of which was sold in mid-2012, contributed €12 million to the previous year's sales. The sales decline in the traditionally weak first quarter was felt in all three divisions of the sector and led to a significant negative impact on earnings.

The operating result (EBIT before restructuring measures) shows a loss of €43 million, primarily due to the decline in sales. In addition, shifts in the product mix negatively affected the result in the first quarter of 2013. In the previous year, earnings before interest and taxes were just positive at €4 million. This included an earnings contribution of €2 million from Unmanned Aerial Systems, which was sold in mid-2012.

In view of the currently weak development of international automotive markets, the Automotive sector performed well. Although sales fell slightly, the sector partially offset the negative influence of the significantly declining automotive industry in Western Europe by sharpening its focus on non-European markets of high growth, such as Asia.

In the first quarter, Rheinmetall Automotive (KSPG) generated sales of €599 million, €39 million lower than the previous year's figure of €638 million. This equates to a sales decline of only 6%, while automotive production fell by 12% in Western Europe, a particularly important market, in the same period.

The operating result (EBIT before restructuring expenses) fell by €13 million to €31 million, which was almost exclusively the result of declining sales. In addition, increased development expenses in the Mechatronics division compared with the previous year had a negative effect on earnings.

The Chinese joint ventures, which are not included in the sales figures for the Automotive sector, enjoyed growth of 28% in the first three months of the year, with sales amounting to €121 million as against €94 million in the previous year. With an increase of €4 million or 57%, EBIT climbed at a disproportionately high rate to €11 million (all data on the basis of 100%).

Forecasts for 2013 as a whole unchanged

For fiscal 2013, Rheinmetall is retaining its guidance for Group sales of between €4.8 billion and €4.9 billion and earnings before interest and taxes (EBIT) and before restructuring costs of between €240 million and €260 million.

Overall, fiscal 2013 represents a year of transition to greater profitability for Rheinmetall. Through the implementation of the "Rheinmetall 2015" strategy program, with a primary focus on internationalization, product innovations and costs, the company aims to sustainably extend its lead in a range of markets and strengthen its profitability. The required restructuring measures are already being systematically put into action. For the current fiscal year, Rheinmetall continues to expect restructuring costs to total €60 million to €80 million.

From 2015, these measures are expected to result in annual savings of €55 million to €70 million.