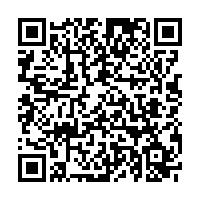 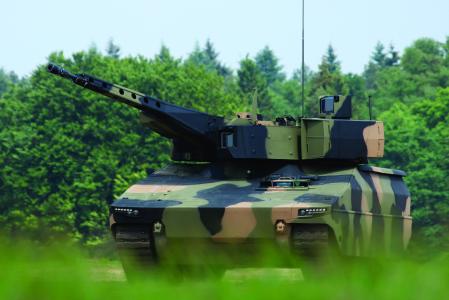 (PresseBox) ( Duesseldorf, 17-05-31 )
From 31 May to 2 June 2017, Rheinmetall is showcasing its new family of LYNX combat vehicles at the IDET 2017 defence and security technology fair in Brno in the Czech Republic. Highly protected yet extremely agile, these tracked armoured fighting vehicles are destined to dominate the modern battlefield, with a versatile array of capabilities ranging from peace enforcement operations to high-intensity combat.

Developed by Rheinmetall Landsysteme GmbH, this combat vehicle family comes in two different versions: the KF 31 and KF 41. KF stands for "Kettenfahrzeug", which is German for ‘tracked vehicle’; the number refers to the military weight class. Both versions can be configured in a multitude of ways – e.g. as infantry fighting vehicle, armoured reconnaissance, forward observer, command post, ambulance, armoured engineering or recovery variant.

Configured as an IFV, the KF 31 is on display at the stand of the German-based defence and mobility Rheinmetall Group in Hall P039. It features a two-man LANCE turret armed with a medium-calibre, airburst-capable Rheinmetall MK30-2/ABM machine cannon, which serves as the vehicle’s main armament. In addition to this, it is equipped with a double launcher for the SPIKE anti-tank guided missile.

Based on tried-and-tested technologies and components, the LYNX is the world’s most advanced mid-weight armoured vehicle. It could thus serve as a plausible successor to the Czech military’s current fleet of BMP-2 IFVs, which is due to be replaced.

Rheinmetall has already integrated Czech contractors – RayService and Quittner & Schmiek – into its production and supply chain for defence projects. In addition, the Group is eager to expand cooperation with Czech enterprises in both the public and private sector. Initial talks have already taken place and agreements reached with VOP CZ.

The Group’s Automotive half is already well established in the Czech Republic, with three subsidiaries: KS Kolbenschmidt Czech Republic, a.s., Pierburg s.r.o., and KS CZ Motorservice s.r.o. Located in Trmice and Chabarovice, these companies together employ around a thousand people.

Rheinmetall is very interested in cooperating with the Czech government, military and industry in implementing the BMP-2 successor programme as well as other projects, fully in line with the Czech Republic’s defence and economic policy imperatives.

Comprising three divisions - Vehicle Systems, Electronic Solutions and Weapon and Ammunition - the Group's Defence arm is one of the world's foremost defence contractors. It supplies a wide array of military systems and equipment, ranging from vehicle, force protection and weapon systems to infantry equipment and air defence technology, and from sensor-to-shooter networks to electro-optics and simulation solutions. Rheinmetall Landsysteme GmbH, a Rheinmetall Defence subsidiary and its centre of expertise for the Lynx family as well as other wheeled and tracked combat vehicles, is a longstanding partner of armed forces and security services around the globe.