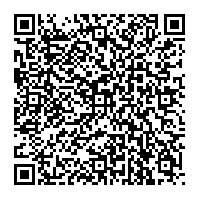 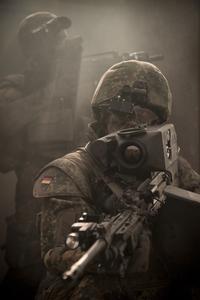 (PresseBox) ( Düsseldorf, 14-06-06 )
At this year's Eurosatory defence show in Paris, 16-20 June, Rheinmetall will be presenting its latest products and projects. A globally leading supplier of military systems and equipment, the Group's portfolio covers every capability category and the complete sensor-to-shooter sequence. One of Rheinmetall's core competencies is its ability to weld diverse systems together into a single network.

At Eurosatory 2014 Rheinmetall will be emphasizing its role as one of Europe's top manufacturers of combat vehicles. Making its first-ever appearance at a major European defence show, the Puma infantry fighting vehicle will be on display, a globally unique joint development of Rheinmetall and Krauss-Maffei Wegmann, now in series production for the German Army. The vehicle on show is not a prototype, but the genuine article. During extensive cold, heat and live-fire trials recently carried out in Norway and the United Arab Emirates in cooperation with the Bundeswehr and German procurement authorities, the Puma performed extremely well.

Visitors to the Rheinmetall pavilion can also see a Bundeswehr Bergepanzer 3 armoured recovery vehicle, for example, and a Swedish Army Kodiak armoured engineering vehicle. The "MBT Evolution", which among other things features modified force protection elements, will be an added draw.

In the realm of tactical wheeled vehicles, Rheinmetall will be presenting "Survivor R" for the first time. Jointly developed by Rheinmetall MAN Military Vehicles (RMMV) and the Austrian vehicle-maker Achleitner, it features an NBC detection kit. The current version of the Boxer wheeled armoured vehicle with a Lance medium-calibre turret and the heavily protected 4x4 Armoured Multi Purpose Vehicle (AMPV) round out the Group's Paris portfolio in this domain. As with the basic version of the Boxer, the AMPV was jointly developed with KMW.

As an example of its family of high-mobility logistical vehicles from the HX series, Rheinmetall will also be showcasing the HX 4x4. In recent months the RMMV family of vehicles has raced ahead of the competition, winning major procurement orders in Australia, New Zealand, Denmark, Norway, Sweden and elsewhere. The decision to opt for RMMV logistical vehicles equipped with highly protected driver's cabs shows the importance armies attach to force protection today. Separately displayed, a highly protected truck cab (Integrated Armour Cabin or IAC) keeps the spotlight on protection solutions. It is equipped with sophisticated command and control technology, a remote control weapon station and Rheinmetall's hard-kill "Active Defence System".

Rounding out the range of RMMV products on show in Paris is an Austrian Army TGS-MIL 8x8 equipped with a Palfinger crane.

Rheinmetall's unique competence in the world of advanced weapon systems will likewise be on display. Here the spectrum ranges from non-lethal solutions and infantry weapons to medium- and large-calibre systems and high-energy laser effectors.

For the first time ever, at Eurosatory Rheinmetall will be displaying and demonstrating the capabilities of an Oerlikon Revolver Gun Mk2 equipped with a sensor unit. This system is of course able to exploit the full potential of Rheinmetall's proprietary Ahead technology. Moreover, the gun can also be made C-RAM-capable with a few minor modifications.

In the meantime, Rheinmetall has also expanded its "one-stop shop" for 40mm systems. Besides a comprehensive range of ammunition types, the Group supplies weapon systems like the Hydra automatic grenade launcher and the Vingmate family of fire control systems.

Also on display at Eurosatory will be Rheinmetall's new 120mm tank rounds, the DM11 and the RH31 High Explosive Super Quick, both of which have been optimized for the modern battlefield.

A special strength of the Düsseldorf-based Rheinmetall Group is its ability to integrate new products into legacy systems and equipment in order to create a powerful force protection envelope.

Rheinmetall's integration capabilities also extend to battle management systems that can bring together a vast range of different enablers, networked to form a hard-hitting, highly effective "system of systems".

At Eurosatory 2014, Rheinmetall will be demonstrating this with its Iniochos battle management system and the Gladius future soldier system developed on behalf of the Bundeswehr. In cooperation with the German company Rohde & Schwarz, interaction between dismounted troops and various vehicles and their sensors and C4I systems will be presented, along with current concepts for network-enabled operations.

Rheinmetall - for 125 years, a trusted partner of the world's armed forces and security services

Coinciding with the 125th anniversary of the company's foundation, Rheinmetall's presence at Eurosatory 2014 underscores once again its role as a leading supplier of defence technology and a reliable partner of armies and law enforcement agencies worldwide. We look forward to seeing you at Outdoor Pavilion D211 at Eurosatory in Paris!