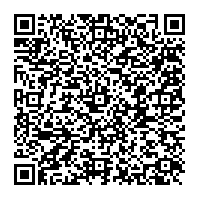 The Düsseldorf-based Rheinmetall Group has concluded the first six months of 2015 with sales growth in both sectors and a significant improvement in earnings. The Automotive sector further increased its profitability in the second quarter of 2015, achieving an EBIT margin of 8.7%. Meanwhile, the Defence sector achieved a slight positive result again in the second quarter of 2015, following a loss for the corresponding period of last year.

Rheinmetall has now issued a more precise sales forecast for 2015 as a whole, having previously predicted that sales would be between €4.8 billion and €5.0 billion. The company is now aiming for consolidated sales of €5.0 billion, while the operating margin is still expected to be around 5%.

Armin Papperger, CEO of Rheinmetall AG, says: "Rheinmetall is on track. After the figures for the first half of the year, we are confident that we will achieve our annual targets. We want to grow to €5 billion and significantly increase our profitability in both sectors."

In the first six months of 2015, Rheinmetall generated consolidated sales of €2,394 million; compared to the previous year, this is an increase in business volume of €263 million or 12%. Adjusted for currency effects, sales growth was 9%.

The proportion of sales achieved abroad in the Group remained high: three-quarters of sales (75%) were achieved on international markets, with the key regions in terms of sales volumes being Europe excluding Germany (36%), Asia (21%) and North America (11%).

The operating result (EBIT before special items) at Group level more than doubled to €79 million, up €47 million year-on-year. As special items (restructuring) amounting to €2 million were incurred in the Defence sector in the previous year, earnings before interest and taxes (EBIT) in the first half of 2015 improved by €49 million to €79 million.

In both sectors, the sales growth and the effects of the program to increase cost efficiency that was launched in 2013 contributed to an improvement in the earnings situation.

The order backlog in the Rheinmetall Group was up significantly as at June 30, 2015 compared with the same date in the previous year (€6.5 billion), reaching a record level of €7.1 billion.

The Defence sector recorded a loss for the first six months of 2015; however, at €-27 million, the result is up €27 million compared with the first half of 2014 (€-54 million). The bulk of sales and earnings in the Defence business are traditionally achieved in the second half of the year.

The book-to-bill ratio was still above 1. The sector's order backlog was €6,728 million after six months - another new record.

Rheinmetall Automotive has seamlessly continued the previous year's success with excellent earnings development. Automotive is benefiting from an ongoing improvement in efficiency after completing its restructuring program and, with its forward-looking product mix, is ideally positioned to meet the markets' current and future needs.

Automotive achieved sales of €1,340 million in the first six months of 2015. With growth of €104 million or 8% compared to the same period of the previous year, the sector again significantly exceeded the growth of 1% in global production. Adjusted for currency effects, sales growth in the Automotive sector still came to 5%.

Growth in EBIT was disproportionately high. In the first half of this year, Rheinmetall's Automotive sector generated a €21 million or 23% improvement in the operating result to €114 million. The margin thus increased to 8.5%, following 7.5% in the previous year.

The Chinese joint ventures, which are not included in the sales figures for the Automotive sector, continued to record particularly strong growth. They enjoyed growth of 40% (calculated on a 100% basis) in the first six months of 2015, with sales amounting to €421 million as against €300 million in the previous year. Adjusted for currency effects, the sales growth for the joint ventures was still 16%, while Chinese automotive production grew by 8% in the first six months compared with the same period of the previous year.

Even if the forecast growth rates for automotive production in China have recently been revised downwards, experts are anticipating growth of around 5% there in the second half of 2015, which is still well above the growth expected on traditional automotive markets.

Sales - Rheinmetall has provided a more specific forecast. The Group is anticipating consolidated annual sales of €5.0 billion for the current fiscal year and thus expects to be at the upper end of the range of €4.8 billion to €5.0 billion that was previously predicted.

Rheinmetall also expects sales for its two sectors to be at the upper end of the ranges forecast previously, which were €2.5 billion to €2.6 billion for Automotive and €2.3 billion to €2.4 billion for Defence.

Operating earnings and EBIT - In the Defence sector, Rheinmetall expects a margin of 3% based on operating earnings. For the Automotive sector, the margin target of 8% is expected to be achieved. After taking account of holding costs, which are forecast at approximately €20 million, this results in a margin expectation for the current fiscal year of around 5% for the Group.

The forecasts are based on the assumption that the global automotive industry will continue to develop stably and that all major projects in the Defence sector will be realized as planned.