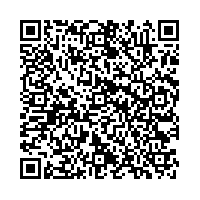 Subscribe to news
(PresseBox) ( Düsseldorf, 17-05-04 )
The Düsseldorf-based company Rheinmetall AG started the new fiscal year with a significant increase in sales and an even sharper rise in earnings.

The technology group has confirmed its annual forecast for 2017 and continues to target consolidated sales in the range of €5.8 billion to €5.9 billion and an operating margin for the Group of around 6.3% for the fiscal year.

Armin Papperger, CEO of Rheinmetall AG: "With a successful business performance, we are on track to achieve our targets for 2017. Automotive impressed with its high profitability and achieved new records for sales and income. We also recorded initial orders for all-electric vehicles. In the first quarter, which is typically rather weak in this industry, the Defence sector increased its sales again and achieved a further improvement in operating earnings. With its two sectors, Rheinmetall is well positioned to benefit from the current and future trends: Firstly, the increase in security provisions, and secondly, the need to reduce emissions and fuel consumption in automobiles."

In the first quarter of 2017, Rheinmetall generated consolidated sales of €1,349 million, representing a significant increase of 14% (same quarter of the previous year: €1,180 million). Adjusted for currency effects, the increase came to 12%. The proportion of business activities abroad increased slightly to 77%.

Earnings before interest and taxes (EBIT) increased from €31 million in the previous year to €50 million, representing growth of €19 million or 61%. This positive development resulted from the good business performance of both sectors.

In the first quarter of 2017, Rheinmetall Automotive built on the strong business development of the previous year. The sector generated sales of €737 million, thereby exceeding the previous year’s level of €654 million by 13%. Adjusted for currency effects, the increase was 11%.

Operating earnings rose by €10 million or 19% to €62 million. As a result, profitability also improved again, rising from 8.0% in the comparative quarter of the previous year to 8.4% this year.

All three divisions contributed to the rise in the sector’s sales and earnings.

The high demand among automotive manufacturers for solutions to reduce emissions of pollutants continued in the first quarter of 2017, causing sales in the Mechatronics division to grow by 15% year-on-year to €425 million. This increase in sales led to a further rise in operating earnings to €43 million (up 26%). Just recently, Mechatronics received an initial order for a special application of coolant valves from a major American carmaker. The order has a lifetime volume of more than USD 25 million.

The Hardparts division also made a successful start to 2017. With sales of €249 million in the first quarter of 2017, a year-on-year increase of 8% was achieved. In addition to a recovery on the market for large-bore pistons, this was due particularly to business with small-bore pistons for the European market. The division’s operating earnings improved to €17 million (up 31%).

With a recently acquired major order for commercial vehicle pistons worth more than €70 million for a North American premium truck manufacturer, the division is successfully continuing the strategic expansion of its steel piston business.

In addition to product innovations for further increasing the efficiency of combustion engines, the Mechatronics and Hardparts divisions are increasing investing in new products in the field of electric mobility, such as battery and thermal management.

The Aftermarket division’s sales rose by 11% to €83 million, a development that was mainly attributable to sales with products of the Group’s own brands Kolbenschmidt and Pierburg. While there was a positive business performance in the European and Asian sales regions, business with customers in the Middle East was still negatively impacted by the crisis. Operating earnings outpaced the growth in sales with an increase of 40% to €7 million.

The joint ventures with Chinese partners, which are not included in the sales figures for the Automotive sector, also increased their sales slightly in the first quarter of 2017. In the first three months of the year, their business volume amounted to €218 million (Q1 2016: €214 million); earnings after taxes climbed by €2 million or 20% to €12 million.

At €612 million, the Defence sector’s sales rose by €86 million or 16% in the first quarter compared to €526 million in the previous year. Adjusted for currency effects, the growth was 14%. Operating earnings improved by €7 million year on year to €-10 million.

Rheinmetall Defence posted an order intake of €391 million in the first quarter of 2017, down on the previous year’s figure of €948 million, which was dominated by two major orders in the areas of air defence and tracked vehicles. For the year as a whole, the order intake is expected to at least match the anticipated annual sales.

The sector’s order backlog remains at a high level, totaling €6.4 billion at the end of the quarter after €6.9 billion at the same time of the previous year.

The Weapon and Ammunition division increased its sales by 7% year-on-year, by €13 million to €191 million. Thanks to an improved product mix, operating earnings rose by €5 million, resulting in a break-even result in the first quarter of 2017.

Sales in the Electronic Solutions division fell short of the previous year’s figure of €150 million. Despite the €12 million sales decline to €138 million, operating earnings remained stable at €-4 million.

The Vehicle Systems division achieved a 34% sales increase, by €89 million to €350 million, making it the main driver of the positive development in the Defence sector. This sales growth was primarily driven by the order for military trucks in Australia. The division’s operating earnings improved by €7 million to €1 million.

Rheinmetall is promisingly positioned to benefit from the trend toward growing defence efforts that many countries worldwide are having to adopt due to the global security situation.

Partly in view of major projects to be decided in Germany, Rheinmetall initiated a number of strategic cooperations with industrial partners in the first quarter. A global cooperation in the field of defence technology was agreed with the US company Raytheon, one of the world’s largest defence contractors. In Germany, this cooperation is primarily aimed at the German armed forces’ "Tactical Air Defence System" project.

In a joint venture with Rohde & Schwarz, Rheinmetall intends to take on a leading role in the extensive modernization of the army’s communications technology, which is expected to be one of the German army’s biggest ever armament projects.

In addition, a cooperation with Steyr Mannlicher is aimed at the tender of a large quantity of new assault rifles for the German armed forces.

OUTLOOK UNCHANGED: Sales Growth to Continue in Both Sectors

Sales performance in the Automotive sector is strongly determined by economic development in the key automotive markets of Europe, North and South America and Asia. Based on current expert forecasts regarding trends in global automotive production this year, Rheinmetall expects its Automotive sector to achieve sales growth of 3% to 4%.

Rheinmetall projects sales growth of 5% to 6% for the Defence sector in fiscal 2017. As in the previous year, sales expectations for 2017 are largely assured based on high coverage through the existing order backlog. On account of the planned project terms of the orders already booked, Rheinmetall expects a greater boost to growth in the Defence business from 2018.

Rheinmetall expects the operating result in the Automotive sector to climb again, generating an operating margin of at least 8%. Rheinmetall also anticipates that earnings will continue to improve in the Defence sector in 2017 and expects an operating EBIT margin of between 5.0% and 5.5%.

Taking into account holding costs of €20 million to €25 million, this means the operating margin for the Rheinmetall Group will remain at the previous year’s level of 6.3%.