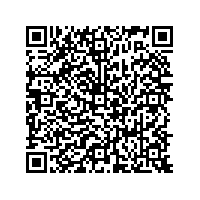 (PresseBox) ( Düsseldorf, 17-06-19 )
Effective 16 June 2017, Rheinmetall Defence Electronics GmbH began trading under the name Rheinmetall Electronics GmbH. The reason for this is the company's growing success in markets outside of the defence sector. At the same time, the change reflects the increasingly blurry distinction between civil and military electronic applications. Nevertheless, Rheinmetall Electronics GmbH will continue to be an active development partner and system supplier, serving the German Bundeswehr and the armed forces of friendly nations around the globe.

"The name change in no way indicates a turning away from defence technology; far more, it expresses the expansion of our business operations. Our international growth strategy aims at positioning the company more strongly in civil sector markets, and to tap into new fields of business in addition to our traditional defence activities. Ultimately, the name change is a logical consequence of our already-established strategy of being open to new opportunities."

An example of the company's recent success in civilian markets is a major order from Mexico booked at the start of 2016, when the Simulation and Training unit of Rheinmetall Electronics won a contract from PEMEX, Mexico's state-owned oil and gas group, to build and operate a modern training centre for initial and continuing training of its offshore oil platform personnel. The order is worth around €250 million. Following a three-year construction and installation phase, Rheinmetall will operate the centre in Mexico for a period of twelve years. Other civilian fields in which Rheinmetall Electronics is already active include nautical training of bridge and engine room personnel.

The company's Mission Equipment business unit will soon be delivering its "smartVision" system to Saarbrücken airport. For air traffic controllers, having a clear view from the control tower is as indispensable as ever, sophisticated radar technology notwithstanding. Especially on the ground - i.e. on the runways and apron of an airport - simultaneous visual contact is the best way of controlling aircraft, ground vehicles and personnel. "Remote Tower Control", which enables remote monitoring of airports via infrared visualization systems, is a new development in the air traffic management sector. For the first time ever, it provides air traffic controllers with a completely viable alternative to watching from the tower, while simultaneously offering functions that vastly exceed the power human vision, e.g. in adverse weather conditions and at night. Supported by "smartVision", air traffic controllers no longer even have to be directly present at the airport to carry out their duties.

The renaming and ongoing development of Rheinmetall Electronics is entirely in tune with the "ONE Rheinmetall" strategy of the company's parent company, Rheinmetall AG. With ONE Rheinmetall, the Group intends to foster greater cooperation between its civilian and military halves, and to position itself even more clearly as a tech enterprise offering high-tech solutions for two fundamental human requirements: security and mobility. Rheinmetall Electronics GmbH will make a major contribution to making this joint vision a reality.