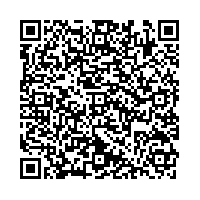 Outlook for 2017
- Sales increase of 4% to 5% expected
- EBIT margin on a par with previous year at 6.3%
- Automotive forecasts further sales growth of 3% to 4% and an operating earnings margin of at least 8%
- Defence anticipates organic growth of 5% to 6% and an improvement in the margin to between 5% and 5.5%

For fiscal 2017, the Düsseldorf-based Rheinmetall Group again expects sales to continue growing organically and operating earnings to increase further in both of its corporate sectors, Automotive and Defence. Annual sales in the technology group are expected to see organic growth of between 4% and 5% in the current fiscal year.

At the same time, an operating EBIT margin at the previous year’s level of 6.3% is forecast for the Group.

Armin Papperger, CEO of Rheinmetall AG, says: “We remain on course for success. With our presence in the major markets and growth regions of the world, we are in an ideal position with both sectors. We will continue to grow and increase earnings. In Defence, major programs from our order backlog, which will boost our growth significantly from 2018 in particular, are about to get started. In addition, we are benefiting from the general trend
toward greater security precautions, both within NATO and in other customer nations. The Automotive sector continues to boast stable growth and high profitability. We will continue to promote the internationalization of the sector and use our pioneering products for reducing consumption and emissions to benefit from the growing demand for environmentally friendly mobility.”

In fiscal 2016, the Rheinmetall Group generated sales of €5,602 million, achieving strong growth of 8% compared with the previous year’s figure of €5,183 million. The growth was 9% after adjustment for currency effects. Both sectors again contributed to the growth in sales. At 76%, the international share of consolidated sales increased slightly compared with the previous year (74%).

With a high order intake, Rheinmetall again increased its order backlog. On December 31, 2016, the Group had orders worth €7,114 million on the books; twelve months previously it was €6,867 million.

The Group’s return on capital employed (ROCE) was also increased in light of this earnings development, climbing from 10.6% (2015) to 12.3%.

At the Annual General Meeting on May 9, 2017, the Executive Board and Supervisory Board will propose increasing the dividend to €1.45 per share. A dividend of €1.10 per share was distributed in the previous year.

In fiscal 2016, Rheinmetall Automotive’s sales grew by €64 million, or 2.5%, to €2,656 million. The sales growth of the sector as a whole was thus slightly lower than that of global light vehicles production (+4.9%). This is chiefly attributable to a decline in sales from non-automotive business, especially as a result of the weaker global demand for large-bore pistons for special vehicles. In the automotive business itself, Rheinmetall Automotive’s sales growth of 5.0% was at the previous year’s market level.

With a 56% (previous year: 54%) share within the Automotive sector, Mechatronics was once again the strongest of the three divisions in fiscal 2016 in terms of sales. The Hardparts division contributed a 33% share of sales (previous year: 35%); Aftermarket contributed 11%, as in the previous year.

Earnings before interest and taxes (EBIT) in the Automotive sector grew by €7 million year on year to €223 million. The target EBIT margin of around 8% was thus exceeded and at 8.4% was higher than the previous year’s margin (8.3%).

The order intake in the Defence sector continues to rise and exceeded the €3 billion mark for the first time with a volume of €3,050 million. Compared to the previous year’s figure of €2,693 million, this represents an increase of €357 million or 13%. Order intake was heavily influenced by the acquisition of several major projects.

With the high order intake, which surpassed the annual sales generated in the period under review, a book-to-bill ratio of over 1 was generated in 2016 – as in the previous year.

At the end of 2016, the order backlog reached a new high of €6,656 million and exceeded the comparative figure for the previous year (€6,422 million) by €234 million or 4%. The high order backlog secures significant portions of the planned organic growth in the Defence sector for 2017 and the years thereafter.

The Defence sector saw robust growth in its earnings before interest and taxes (EBIT). In the past fiscal year, it generated EBIT of €147 million, equating to an increase of €57 million or 63% on the previous year (EBIT 2015: €90 million). This significant improvement in results was due in particular to the positive performance of the Weapon and Ammunition and Vehicle Systems divisions. Notable factors included high-margin ammunition sales as well as increased capacity utilization in the Vehicle Systems business, primarily as a result of the start of series production in a high-volume truck order for Australia.

The profitability of the sector continued to rise. The operating margin increased by 1.5 percentage points from 3.5% to 5%.

2017 Outlook: Sales Growth to Continue in Both Sectors

Rheinmetall projects sales growth of 5% to 6% for the Defence sector in fiscal 2017. As in the previous year, sales expectations for 2017 are largely assured based on relatively high coverage through the existing order backlog. On account of the planned project terms of the orders already booked, Rheinmetall expects a greater boost to growth in the Defence business from 2018 onwards.

Rheinmetall expects the operating result in the Automotive sector to climb again, generating an operating margin of at least 8%. Rheinmetall also anticipates that earnings will continue to improve in the Defence sector in 2017 and expects an operating EBIT margin of between 5.0% and 5.5%.
Taking into account holding costs of €20 million to €25 million, this means the operating margin for the Rheinmetall Group will remain at the previous year’s level of 6.3%.
This earnings forecast also accounts for low double digit million euro expenses for new technologies, which are to be brought to product maturity and marketed under the roof of a newly founded innovation company.