Rheinmetall: A competent and sought after partner in Canada 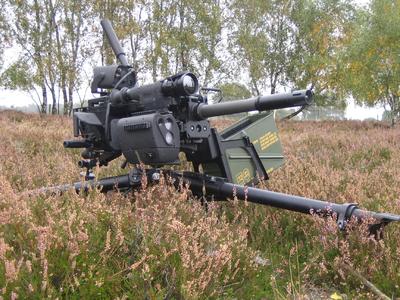 (PresseBox) ( Düsseldorf, 13-05-27 )
Rheinmetall Canada celebrated its 25th anniversary in 2011. In the same year, the company with around 250 employees presented itself with a new structure - with four new business units (Vehicle Integration, Weapon Systems, Air Defence and Electronic Systems) providing a strong framework for successful operations in this market.

A number of positive developments have since been reported, underpinning the success of the company's reorganization. Today, the company is respected as a highly competent and sought-after partner with a broad product portfolio.

At CANSEC 2013 Rheinmetall is presenting an overview of its products and projects in Canada at his indoor stand 1121 as well as on its outdoor stand 2102.

In September 2010 Rheinmetall Canada won the $ 26 million CAD contract for overhaul and modernization of 42 Leopard 2A4 main battle tanks to specifications of the Royal Canadian Armoured Corps. The first vehicles were already delivered to the Gagetown base in May 2012 where the MBT was subjected to an intensive test program. Work is progressing well and meanwhile the fleet has been commissioned into service. The order is to be completed within this year.

Rheinmetall also won the order to convert twelve Leopard 2 Main Battle Tanks (MBT) into armoured recovery vehicles. Additionally, Rheinmetall is delivering several Leopard 2 MBT gunnery skills simulators as well as driving simulators to the Canadian Forces. Rheinmetall Canada has therefore become the focal point for the Leopard 2 family in North America. The system house can offer complete In-Service Support (ISS) for the entire life cycle of the Leopard 2 - in keeping with the philosophy of "one face to the customer".

Rheinmetall Canada invested large sums into its infrastructure at the St-Jean-sur- Richelieu headquarters in order to optimize and modernize vehicle production and system integration. Not to forget the successful and long-standing cooperation with the Canadian Forces and local as well as international companies like Textron, Kongsberg, Saab and IAI Elta. In doing so, Rheinmetall has acquired an excellent reputation as a defence systems company. This was clearly one of the key factors why Textron decided to select Rheinmetall Canada as its partner in the Tactical Armoured Patrol Vehicle (TAPV) project.

During the production phase of the TAPV fleet, Rheinmetall will perform the critical final assembly and test of the vehicles. Rheinmetall will also integrate essential sub-systems such as the Remotely Controlled Weapon Station, the Vehicle Navigation System and the Driver Vision Enhancement System. The production phase of the acquisition contract is expected to span from July 2014 to March 2016. Once fielded, Rheinmetall will provide In-Service Support for the entire TAPV fleet, also at its facility in Saint-Jean-sur-Richelieu, Quebec.

Rheinmetall furthermore has flexible and competitive simulation capabilities. As mentioned above, at the end of last year the company won a contract to supply the Leopard Gunnery Skills Trainer (LGST) and Driver Station Simulators (DSS) under the Canadian Leopard 2A4 Simulators and Trainers programme. Furthermore Rheinmetall will deliver the innovative Marine Engineering Systems Officer (MESO)-Trainer to the Royal Canadian Navy. These projects will be presented at CANSEC 2013.

The business segment Air Defence remains extremely important. Rheinmetall Canada and its partner Elta are busy preparing a Canadian version of the Multi Mission Radar (MMR) to bid for the first sub-system of a future Canadian Air Defence system.

Rheinmetall MAN Military Vehicles (RMMV) offers a wide array of combat proven military-off-the-shelf vehicles. The systems of the RMMV HX family rank among the most cost effective in their class. The HX 77 is thus an ideal platform for the Medium Support Vehicle System Standard Military Pattern (MSVS SMP) which the Canadian armed forces are considering acquiring within the next few years.

Once again, Rheinmetall's robust presence at CANSEC 2013 emphasizes its role as an important and reliable partner of the Canadian armed forces.

Recommend Rheinmetall: A competent and sought after partner in Canada press release