Prolongation of the SAATEG interim solution for the German Armed Forces 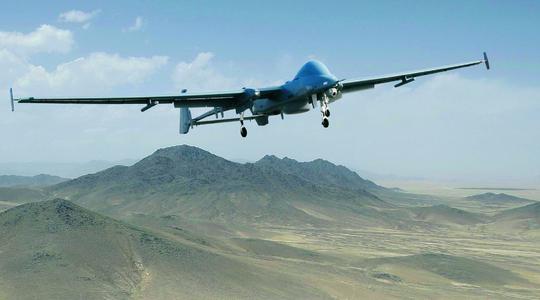 (PresseBox) ( Düsseldorf, 12-07-13 )
.
- Order worth 75 million euros for unmanned reconnaissance in the theatres of operation in Afghanistan
- Order for flight operations as well as training air force personnel and installing new sensor system
- Rheinmetall Airborne Systems is a joint venture by Cassidian and Rheinmetall

Rheinmetall Airborne Systems GmbH, a joint venture by Cassidian and Rheinmetall, will continue to support the German Armed Forces in Afghanistan by providing unmanned airborne reconnaissance services. The Federal Office for Defence Technology and Procurement (BWB) prolonged an existing order to the company to provide the German Armed Forces with Heron 1 ultramodern unmanned reconnaissance aircraft for two more years. The volume of the order prolongation amounts to about 75 million euros for the period from October 2012 to October 2014.

The order includes the continuation of flight operations as well as the training of additional operational personnel of the German Air Force and the installation of new, more powerful sensor payloads.

As part of the SAATEG interim solution, the German Air Force is using two UAS (Unmanned Aerial Systems) at the Mazar-e-Sharif base in Afghanistan, with a total of three Heron 1 aircraft and two ground control stations that will be provided by Rheinmetall Airborne Systems GmbH as part of an operator solution. This System for imaging reconnaissance in the depths of the theatre of operations (System zur abbildenden Aufklärung in der Tiefe des Einsatzgebietes - SAATEG) is used for real-time airborne monitoring and reconnaissance in the entire theatre of operations of the German ISAF forces. It was put into operation on 17 March 2010.

Heron, the first UAS operated by the German Air Force, has proved its value in operations and has become an essential component of the regional reconnaissance architecture. To date, the Heron 1 has already flown over 9,300 hours of reconnaissance missions in the theatre of operations of the German Armed Forces. It is expected to have flown for 10,000 hours by the middle of August 2012.

During flights that sometimes last more than 24 hours, the sensors deliver important information and make a valuable contribution to providing the highest possible protection from threats to soldiers and civil personnel.

In autumn 2009 the German Armed Forces opted for an operator solution - and therefore initially against a procurement solution - in order to fill an existing capability gap in the short-term and at a cost which was transparent.

The sub-contractor in cooperation with Rheinmetall Airborne Systems GmbH is the Israeli company Israel Aerospace Industries (IAI) as the manufacturer of the Heron aerial system. Rheinmetall Airborne Systems GmbH is responsible for the complete package of service, maintenance and repairs in this partnership. In contrast, the operation of the systems in the reconnaissance mission is handled by the military personnel of the German Armed Forces.

The MALE UAS (Medium Altitude Long Endurance) Heron 1, can be deployed for target and effect clarification at any time of the day or night, and is largely independent of the weather. With a wingspan of 16.6 metres and a takeoff weight of 1.2 tonnes, the Heron 1 can operate at altitudes of up to 30,000 feet. Thanks to its satellite data link, the UAS can carry out reconnaissance over great distances.

By January 2012 Cassidian and Rheinmetall had already agreed to operate the former activities of Rheinmetall in the field of UAS in future as a joint GmbH with Cassidian (51% shareholder stake of the company) bearing responsibility for industrial leadership. Rheinmetall is still involved with a 49% stake in the joint company, which started operations on 1 July. Thomas Reinartz has been appointed CEO of Rheinmetall Airborne Systems GmbH. Reinartz fomerly headed the Sales Operations & Operational Marketing department at Cassidian.

Cassidian, an EADS company, is a worldwide leader in global security solutions and systems, providing Lead Systems Integration and value-added products and services to civil and military customers around the globe: air systems (aircraft and unmanned aerial systems), land, naval and joint systems, intelligence and surveillance, cyber security, secure communications, test systems, missiles, services and support solutions. In 2011, Cassidian - with around 28,000 employees - achieved revenues of € 5.8 billion. EADS is a global leader in aerospace, defence and related services. In 2011, the Group - comprising Airbus, Astrium, Cassidian and Eurocopter - generated revenues of € 49.1 billion and employed a workforce of more than 133,000.

Headquartered in Düsseldorf, Germany, Rheinmetall Defence is part of Rheinmetall AG, an internationally operating technology group serving the global automotive industry and the armed forces of numerous nations. One of the most trusted names in the international defence and security sector, the Rheinmetall Group's Defence arm has some 10,000 employees, with annual sales of over €2 billion. As one of Europe's top suppliers of army technology, Rheinmetall Defence offers an extensive array of systems and equipment for enhancing the mobility, reconnaissance capabilities, lethality and survivability of troops deployed in harm's way, as well as special expertise in networking national and international systems. With its two sectors, Automotive and Defence, the Rheinmetall Group generates annual sales of around € 4.4 billion.