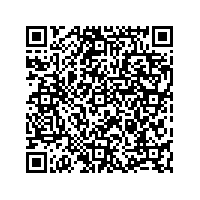 Ulrich Grillo is the chairman of Grillo-Werke AG and served from 2013 to 2016 as president of the Federal Association of German Industry, or BDI. He has already held a senior executive post at Rheinmetall, serving from 1993 to 2001 as chief financial officer of the former Rheinmetall DeTec AG, the defence technology arm of Rheinmetall AG. Mr Grillo has been a member of the supervisory board of Rheinmetall AG since 2016.

Representing the Rheinmetall AG supervisory board’s shareholder side, two new members were elected: Dr Franz-Josef Jung and Dr.-Ing. Klaus Draeger. Dr Jung was a member of the German government from 2005 to 2009, serving as defence minister and labour minister. Dr.-Ing. Klaus Draeger previously served on the executive board of BMW AG.

Dr Michael Mielke was elected to represent executive members of the Rheinmetall staff, while Dr Rudolf Luz (deputy chairman) and Daniel Hay serve as trade union representatives on the supervisory board.