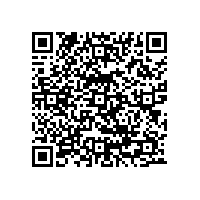 Subscribe to news
(PresseBox) ( Düsseldorf, 17-02-19 )
Assuring maximum mobility even in the toughest terrain, the Leopard 2 main battle tank combines excellent survivability and firepower with superb situational awareness and handling characteristics. Today the Leopard 2 forms the backbone of the mechanized formations of 18 nations worldwide.

Rheinmetall has unsurpassed expertise in all facets of the Leopard 2 family. This derives from comprehensive maintenance and modernization programmes to advanced armament concepts, and from the functions and activities of an original equipment manufacturer to 360° technical and logistic support for the entire fleet of vehicles, to include service performed on location during deployed operations. Training and simulation solutions for Leopard 2 crews also feature prominently in Rheinmetall’s portfolio of products and services. The Düsseldorf-based tech group for mobility and security is showcasing its Leopard 2 expertise at IDEX 2017.

The Leopard 2 PL and beyond – Rheinmetall modernization expertise in action

Poland has contracted with Rheinmetall to carry out a complete modernization of 128 Leopard 2 MBTs. During the course of modernization, the tanks will be upgraded to the new Leopard 2 PL standard.

Improved survivability is one goal of the modernization programme. New AMAP armour modules from IBD Deisenroth provide enhanced protection from KE and HE projectiles. An installation of a fire extinguisher/fire suppression system will assure optimum crew protection.

The turret will be retrofitted with electric drives, which, apart from enabling improved accuracy and helping to save space, will reduce the risk to the crew. In order to improve situational awareness to the rear of the vehicle and assist the driver, a video camera will be installed.

However, the modernization programme focuses first and foremost on upgrading the tank’s main armament and fire control technology as well as expanded use of state-of-the-art electronic components and improved force protection features.

The fire control unit will be modified through software changes to handle new ammunition types, which Rheinmetall also develops and produces for the Leopard. A latest-generation thermal imaging device will significantly expand the vehicle’s sensor capabilities. The Rheinmetall-made L44 main armament will be adapted to fire the enhanced-performance DM63A1 KE round. It will also be equipped with a programming capability that will enable it to fire multipurpose HE DM11 ammunition. Visitors to IDEX 2017 can inspect a demonstrator version of the Leopard 2 PL at the Rheinmetall stand.

In addition to the Leopard 2 PL configuration, Rheinmetall is also presenting a secondary weapon station linked to the main optics (main sensor slaved armament/ MSSA), giving the crew an added killer-killer capability. Besides the highly automated hunter-killer capability that synchronises activities of the commander and the gunner, the crew is able to observe and engage targets quickly and independently.

The MSSA can be armed with different types of standard weapons such as heavy machine guns or automatic grenade launchers and high-energy laser effectors, enabling engagement of small UAVs, which now pose an increasing threat.

In combination with the automatic scanning and detection capabilities of the Stabilized Electro Optical Sight System/SEOSS, the independent 360° commander’s sight enables quick detection and neutralization of even small aerial targets.

A versatile array of 120mm ammunition

Rheinmetall Defence developed the 120mm smoothbore main armament that is used in all Leopard 2 tanks – not just the gun but the ammunition as well. Germany’s foremost defence contractor continues to be the specialist of choice for upgrading this main battle tank. Viewing this as an obligation to its customers, Rheinmetall spares no effort to ensure that its 120mm technology remains commensurate to the threat.

The first potential customers for this approach are Leopard 2 user nations interested in upgrading parts of their fleet with an enhanced-performance L55 barrel. No later than 2018, Rheinmetall intends to roll out an improved version of the 120mm L55 tank gun (working title: L55A1), which, coupled with the latest generation of KE ammunition, will be significantly more effective against modern protection systems. If required, a technically similar solution could be made available for upgrading the standard L44 barrel to L44A1 status.

Besides high-performance kinetic energy rounds, Rheinmetall supplies time-delay tank ammunition. Known as the 120 mm x 570 High Explosive (HE) Temp. DM11, this round is programmed after loading. The system modification necessary for this (a programming kit) can be readily integrated into any armoured fighting vehicle equipped with a 120mm smoothbore gun and a modern fire control unit.

The ammunition can be used in three different fuse modes:
Referring to it as the "Multi Purpose (MP) DM11", the US Marine Corps uses the DM11 primarily for engaging unarmoured and semi-hard targets in asymmetric warfare scenarios. The German Bundeswehr has introduced the "120mm HE Temp. DM11" as its new standard HE round. A number of other Leopard 2 user nations are currently taking delivery of initial stocks of the DM11, the world’s most advanced and effective HE ammunition.

MBTs like the Leopard 2 were originally designed for high-intensity mechanized combat operations. However, they are equally effective in asymmetric scenarios. Operational experience shows that additional protection is often required, especially against anti-tank-guided missiles. Constituting the last line of defence, "hard kill" standoff systems such as Rheinmetall’s ADS neutralize incoming projectiles before they reach their target, making them an especially innovative and effective solution.

Successfully tested in all environments and against a vast number of different threats, the ADS is now in production and available in both customized and off-the-shelf versions. This globally leading product is a state-of-the-art hard-kill system that can be installed in military vehicles of all weight classes, providing reliable protection of personnel against common operational threats. ADS assures total situational awareness thanks to sensor systems that continuously scan for incoming projectiles such as shaped charge warheads or antitank guided missiles. When the sensors detect a threat the system reacts within milliseconds by automatically activating a protective sector and then neutralizing the incoming threat. ADS is the only high-performance near-field active protection system that employs a countermeasure which intercepts the threat in the immediate proximity of the vehicle, thus significantly reducing and containing the risk of collateral damage.

With the increased focus on self-defence, survivability, peacekeeping operations and support missions as well as force protection in general, armies around the globe appreciate the need for an active protection system, and specifically Rheinmetall’s ADS technology – proven, qualified and successfully fielded. Visitors to IDEX 2017 can obtain more information about ADS as well as other protection technologies at the Rheinmetall stand.

Rheinmetall manufactures and markets other armoured vehicles that ably augment the Leopard 2 family.

The Kodiak armoured engineer vehicle/AEV is built in a consortium with another defence contractor. The AEV 3 Kodiak is a heavy-duty combat engineering system in military weight category MLC 70, specifically designed to support Leopard 2 units in all types of missions and environments.

Its mine-protected Leopard 2 MBT chassis and 1,100 kW-diesel engine assure outstanding mobility and a high level of protection. It is equipped with a powerful hinged-arm excavator with different excavator tools, a dozer system featuring cutting and tilt angle settings and a double-winch system consisting of two 9-ton capstan winches. For self-protection, the vehicle is equipped with a remote control weapon station and smoke grenade launchers.

The Netherlands, Sweden and Switzerland use the Kodiak to support their Leopard 2 MBTs and to complement their previously fielded ARV 3 Büffel ("Buffalo") armoured recovery vehicles, likewise supplied by Rheinmetall.

The Buffalo is a highly mobile, well-protected tracked armoured vehicle. Designed to recover main battle tanks, it can also carry out a wide range of maintenance tasks and support operations thanks to its winch and bulldozer blade. Fully integrated into the Leopard 2 supply chain, future-proof engineering and excellent growth potential characterize this cutting-edge vehicle.

Deployed in operations worldwide, the Buffalo is also built on a Leopard 2 MBT chassis, offering the same superb mobility and engine output, as well as communality with the rest of the Leopard 2 fleet, including the high-performance power pack.

Rheinmetall is the Buffalo’s original equipment manufacturer, giving it the unique advantage of owning the full set of technical drawings. Moreover experience is shared within the armoured recovery vehicle subgroup of Leopard 2 user nations (LEOBEN ARV AG T/NU). Today the armed forces of eleven nations field the ARV 3, supporting operations in different scenarios and under all environmental conditions. Scale models of the Buffalo ARV and Kodiak AEV are on show at IDEX.

Besides superior technical equipment, the human operator continues to play an important role in successful missions. In order to effectively use the complex systems of a modern tank, it is vital to know its capabilities, dependencies and limitations. The armed forces of Germany, Switzerland, Spain, Poland, Canada and Indonesia already place their trust in Rheinmetall technology for training their Leopard 2 crews. The Group’s Simulation and Training business unit supplies and modernizes a variety of gunnery and combat simulators like the Leopard Gunnery Skills Trainer (LGST, on show at IDEX) and driving simulators such as the Driver Training Simulator (DTS). Here, the emphasis is squarely on gunnery and combat training for tank commanders, gunners, loaders and drivers. A further advantage of the Rheinmetall system: multiple simulators can be networked together, enabling tactical training at platoon and company level.

Here, Germany’s foremost supplier of ground forces systems and equipment is drawing not only on its Leopard 2 expertise and superb simulation capabilities, but also incorporating serious game technologies into the simulation. Rheinmetall’s approach combines the virtues of the game engine in the field of visualization with the high-fidelity accuracy of modern simulators.

As Europe’s largest supplier of systems and equipment for ground forces, Rheinmetall offers a full range of tactical vehicles as well as a unique portfolio of C4I, fire control and reconnaissance systems, weapons and ammunition, and force protection technologies. The Group’s core competencies also encompass service and maintenance as well as a wide spectrum of simulation and training systems, including highly advanced major combat training centres.

Deriving from a single source, these capabilities are crucial to the success of upgrade programmes, assuring optimum interplay of the respective components. Rheinmetall maintains an extensive network of international partnerships. 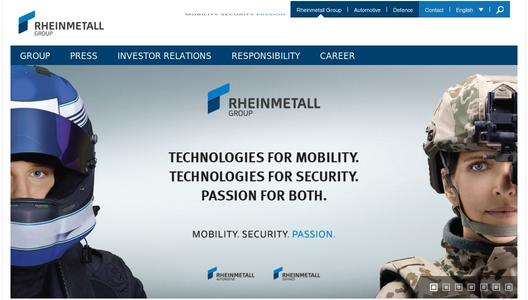