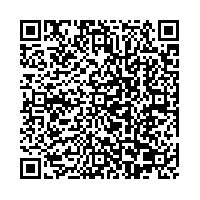 Specifically, Rheinmetall and its Polish partners have agreed to develop a state-of-the-art 6x6 wheeled armoured vehicle, oriented to the requirements of the Polish Army's LOTR (light armoured reconnaissance vehicle) procurement programme, and systematically designed to meet Poland's - and other nations' - future military needs.

In the words of PGZ Chairman Wojciech Dabrowski, "Signing this contract with RMMV makes us an equal partner of a globally leading defence technology enterprise. Propelled by the success of the Rosomak armoured transport vehicle, we launched this ambitious project, which will result in a new wheeled armoured vehicle."

Design and development of the LOTR will take special account of experience gained in current asymmetric conflicts, the first vehicle of its kind to do so. It is slated to replace the Soviet-era BRDM-2 still in service with the Polish Army.

The new vehicle will benefit from the partner companies' combined expertise in the world of wheeled armoured vehicles and military system solutions.

Fully amphibious, the LOTR will feature a high level of protection and an excellent payload-to-total weight ratio. With an authorized total weight of up to 20 tonnes, the new vehicle will have a carrying capacity of 3.5 tonnes, opening up a wide variety of options during reconnaissance missions and other military operations.

Already contemplating the next step, RMMV and PGZ (or rather Obrum) plan to create a sales joint venture, laying the groundwork for marketing the vehicle - and possible derivatives - internationally.

"We see this development contract as an important first step in a highly promising cross-border strategic alliance in the field of military wheeled vehicles", declares Pietro Borgo, managing director of RMMV and member of the executive board of Rheinmetall Defence, adding that, "in forging this alliance, we're also acknowledging the need for intensive defence cooperation in Europe".

"I'm convinced that RMMV and its new partner will succeed in developing the world's most advanced 6x6 wheeled vehicle in the under-20 tonne weight class. It's an ambitious goal, but our two companies have the necessary expertise. And because the vehicle offers the perfect technological base for cooperating with partners around the world, we also see excellent opportunities for marketing the LOTR outside of Europe", notes Mr Borgo.

About the participating companies:

A Polish holding company, PGZ has a stake in several of the country's defence contractors, including a roughly 90% interest in Obrum. Its broad-based product portfolio makes it a major supplier of the Polish armed forces.

Obrum is a research and development centre founded in 1968. It plays a material role in the development and production of various weapons systems oriented to the needs of the Polish military.