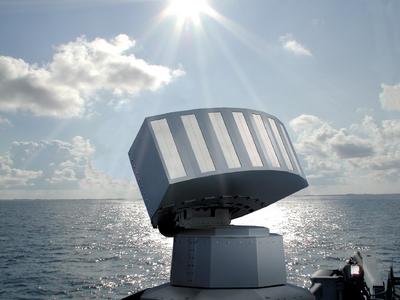 (PresseBox) ( Düsseldorf, 14-03-21 )
The Bundeswehr, Rheinmetall and the Israel Aerospace Industries' (IAI) ELTA Group have successfully tested the MASS and NavGuard ship protection systems. The trials took place under the aegis of the German Navy in Howachter Bay in the Baltic at the end of October 2013. Also taking part in the trials was 2 Company, 92 Mechanized Infantry Battalion, a German Army unit based in Munster.

The trials were based on an asymmetric warfare scenario. The objective was to protect naval units from the threat posed by land-based forces armed with passive guided missiles. As part of their gunnery training, the mechanized infantrymen played the part of the aggressors. Operating in Todendorf Major Training Area, they fired MILAN antitank missiles at the German Navy mine warfare ship HL 352 Auerbach in Hohwachter Bay.

In this scenario the mission entailed detecting the passive MILAN guided missile with NavGuard immediately after launch, and engaging it with MASS. The countermeasures initiated by MASS were then supposed to cause the incoming missile to crash. The challenge was two-fold: assuring reliable detection of the passively guided, very small missile, and accomplishing this in an extremely short period of time. A mere 14 seconds were available for detecting the incoming missile, sounding the alarm, triggering the MASS countermeasures and bringing down the MILAN.

No few fewer than five times, NavGuard flawlessly detected the incoming projectiles in extremely short order, which were then successfully engaged by MASS. These excellent results are a further milestone in the use of modern technology to combat asymmetric threats.

Rheinmetall intends to have the MASS_ISS with integrated NavGuard ready for fullscale production by 2015.