After record year in 2010, Rheinmetall forecasts further improvements in sales and earnings - dividend at new high 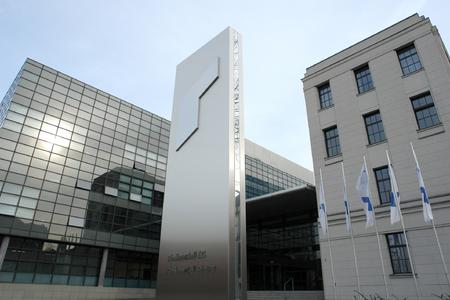 After a very successful 2010 financial year in both company divisions, the course has been set for profitable growth to continue at Rheinmetall AG, based in Düsseldorf. Following the record results that Rheinmetall posted in 2010, the Group is again expecting strong growth in sales and earnings in 2011. Klaus Eberhardt, CEO of Rheinmetall AG: "Thanks to an impressive turnaround in the Automotive sector, we are once more on track for success."

Rheinmetall achieved consolidated sales of €3,989 million in 2010, which equates to an increase of 17% in comparison with the previous year's sales of €3,420 million. This growth was largely driven by the highly positive performance of the Automotive sector, which has emerged strengthened from the crisis in the industry and increased its business volume by 30% in 2010. Sales in the Defence sector rose by 6%. 69% of the Group's business volume was achieved through business with customers abroad.

Earnings before interest and tax (EBIT) in the Rheinmetall Group rose by €282 million from €15 million the previous year to €297 million in fiscal 2010. This brought operating earnings to a new record level. The previous year's earnings included €138 million for measures to overcome the crisis in the Automotive sector. The EBIT margin in the Group was 7.4%, well above the previous year's level of 0.4%.

With net interest up €7 million and after deduction of taxes, Rheinmetall achieved consolidated net income of €174 million, which exceeded the previous year's figure by €226 million. After deducting profit attributable to minority interests of €12 million, this brought earnings per share to €4.23 (previous year: €-1.60).

In light of the positive earnings situation and the positive business forecast, the Executive Board and Supervisory Board will be proposing the distribution of a dividend of €1.50 per share (previous year: €0.30) at the Annual General Meeting on May 10, 2011. This represents a payout ratio of 35%.

For the Defence sector, the 2010 financial year was marked primarily by the successful integration of a series of acquisitions in Germany and abroad that serve mainly to complement the technological portfolio and open up new international markets.

With sales of €2,007 million, Defence recorded a year-on-year increase of €109 million or 6% in 2010 (2009: €1,898 million). Activities included for the first time in 2010 contributed to the expansion of business with total sales of €83 million. This comprised the development and distribution activities of joint venture Rheinmetall MAN Military Vehicles GmbH (from May 2010), Simrad Optronics AS (from July 2010), Rheinmetall Verseidag Ballistic Protection GmbH (from July 2010) and RWM Italia Munitions S.r.l. (from December 2010). This was countered by a loss of €11 million in sales against the previous year resulting from the deconsolidation of Contraves Advanced Devices Sdn Bhd, Malacca, Malaysia.

Rheinmetall Defence secured major contracts in Germany and abroad and reinforced its position as a leading supplier to European armed forces. At €1,977 million, order intake in 2010 remained below the previous year's very high level of €3,153 million, although this included the €1.3 billion major contract for the new Puma infantry fighting vehicle for the German armed forces. Adjusted for this effect, order intake grew by approximately €95 million, or 5%. The first two series production models of the Puma, the world's most modern infantry fighting vehicle, were handed over to the public client at the end of 2010.

The sector posted a significant increase in earnings, achieving earnings before interest and tax (EBIT) of €234 million in 2010 (2009: €215 million), which represents growth of €19 million, or 9%. The above-average increase in earnings compared with the growth in sales brought the EBIT margin up to 11.6% - a new high for the Defence sector after 11.3% the previous year.

The 2010 financial year at Rheinmetall Automotive was marked by the economic recovery on the market and the associated positive effects. The conclusive implementation of the restructuring measures to overcome the crisis that were agreed upon at the end of 2008 also played a central part in the development of the business.

In the year under review, Rheinmetall Automotive benefited primarily from the 22% increase in passenger car production in the triad markets of Western Europe, NAFTA and Japan and achieved sales of €1,982 million, which represents a year-on-year rise of €460 million or 30%.

The sector also benefited from long-term industry trends in particular, derived from the necessity of reducing consumption and of developing optimized fuel management for internal combustion engines. This resulted in the ramp-up of a major order in the second half of 2010 for components for a particularly fuel-efficient engine series, with an annual sales volume of more than €150 million.

With consistent expansion of business activities in Asia and developing countries, Automotive is planning above-average growth in dynamic markets in future. The nonconsolidated Chinese joint venture companies posted a sales volume of €258 million in 2010, after €155 million the previous year - with the trend for significant growth continuing.

Automotive achieved earnings before interest and tax (EBIT) of €81 million in 2010, thereby exceeding the previous year's figure of €-187 million by €268 million. This considerable increase in earnings was essentially due to higher sales and a lower break-even point as a result of the restructuring carried out during the crisis and the lack of expenses for measures to overcome the crisis.

Based on the forecasts of experts at CSM Worldwide, who expect the growth in worldwide automotive production to continue this year and next, and against the backdrop of the high order backlog in the Defence sector, which began 2011 with an order coverage rate of over 70%, Rheinmetall predicts consolidated sales of around €4.3 billion for the current fiscal year, which represents growth of 8%. Both the Automotive and Defence sectors will contribute to this growth.

Supported by new orders, particularly for products that serve compliance with international standards for emissions limits, Rheinmetall estimates that the Automotive sector will see growth in sales in 2011 that will be slightly above the 5% growth in global automotive production predicted by CSM. Sales of around €2.1 billion are expected in the sector in the current fiscal year.

For the Defence sector, Rheinmetall is expecting to achieve sales of approximately €2.2 billion in 2011, without taking into account the share in sales attributable to MAN for Rheinmetall MAN Military Vehicles GmbH logistical vehicles. The amount of these sales depends on the establishment of the second stage of the joint venture, which is to take place by the end of fiscal 2011 at the latest. This second stage of the joint venture, in which Rheinmetall holds 51% of shares, also includes the full integration of MAN's production site in Vienna.

Consolidated EBIT to grow significantly in 2011

On the basis of the growth forecasts for the Group's two corporate sectors, Rheinmetall is anticipating EBIT to rise more strongly than sales, anticipating EBIT of between €330 million and €360 million in 2011. In particular, the Automotive sector, for which - assuming the market growth predicted by CSM and in connection with further operational improvements - EBIT of between €110 million and €130 million is expected, will contribute to this improvement in results.

For the Defence sector, Rheinmetall still expects to see a sales return of over 10% and EBIT of between €230 million and €250 million for the current fiscal year. One prerequisite for this is that all large ongoing projects can be implemented according to schedule.