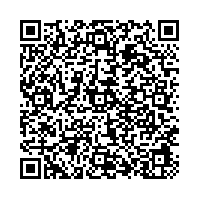 Renesas Electronics Announces Changes in Representative Directors and the Titles

1. Purpose of the Change in Representative Director and the Titles

Renesas has been pursuing the establishment of a robust and profitable structure by engaging in structural reforms. At the same time, as announced on December 10, 2012, in "Renesas Electronics Announces Share Issue through Third-party Allotment, and Change in Major Shareholders, Largest Shareholder who is a Major Shareholder, Parent Company and Other Related Companies", Renesas also plans to boost its capital for implementing growth investments in focused areas securing the recovery of its business performance along with establishing a financial base that is resistant to drastic market changes.

Under such circumstances, Renesas resolved the nomination of Representative Director, Chairman and CEO as well as the changes in the titles of its Representative Directors at a meeting of the Board of Directors held today, on the condition that the official appointment will be made after approvals at the Ordinary General Meeting of Shareholders and a meeting of the Board of Directors held in June 2013, with the aim of strengthening the management structure intended for an earlier recovery of business performance and future growth.

2. Outline of the Changes

*Note: Hisao Sakuta is scheduled to retire from the Director of OMRON Corporation after the company's Ordinary General Meeting of Shareholders on June 20, 2013.

3. Biography of the New Representative Director

Other executive personnel changes excluding the above will be announced soon after decided.

Renesas Electronics Corporation (TSE: 6723), the world's number one supplier of microcontrollers, is a premier supplier of advanced semiconductor solutions including microcontrollers, SoC solutions and a broad range of analog and power devices. Business operations began as Renesas Electronics in April 2010 through the integration of NEC Electronics Corporation (TSE:6723) and Renesas Technology Corp., with operations spanning research, development, design and manufacturing for a wide range of applications. Headquartered in Japan, Renesas Electronics has subsidiaries in 20 countries worldwide. More information can be found at www.renesas.com.