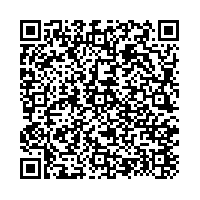 Subscribe to news
(PresseBox) ( Tokyo, Japan, 13-10-01 )
Renesas Electronics Corporation (TSE: 6723) today announced the following changes in its Members of the Board and Corporate Auditors. These changes were approved at the Ordinary General Meeting of Shareholders on June 26, 2013 under Proposal #2 "Election of Two Directors Associated with Issuance of Shares for Subscription" and Proposal #3 "Election of One Corporate Auditor Associated with Issuance of Shares for Subscription", and became effective following the completion of payment, on September 30, 2013, for the issuance of new shares offered by way of third-party allotment to The Innovation Network Corporation of Japan (INCJ), Toyota Motor Corporation, Nissan Motor Co., Ltd., Keihin Corporation, Denso Corporation, Canon Inc., Nikon Corporation, Panasonic Corporation and Yaskawa Electric Corporation as expected allottees.

Two outside Directors and one outside Corporate Auditor have joined Renesas' executive team from the Innovation Network Corporation of Japan as of October 1, 2013 to participate in Renesas' management with the aim of improving its corporate value. Renesas Electronics Corporation (TSE: 6723), the world's number one supplier of microcontrollers, is a premier supplier of advanced semiconductor solutions including microcontrollers, SoC solutions and a broad range of analog and power devices. Business operations began as Renesas Electronics in April 2010 through the integration of NEC Electronics Corporation (TSE:6723) and Renesas Technology Corp., with operations spanning research, development, design and manufacturing for a wide range of applications. Headquartered in Japan, Renesas Electronics has subsidiaries in approximately 20 countries worldwide. More information can be found at www.renesas.com.