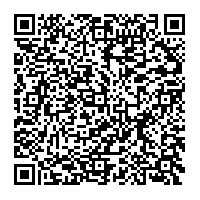 BASF Industrial Coatings Solutions RELIUS: In the first offshore wind farm in Germany, RELIUS is one of the top players

The coating for the rotor blades comes from Oldenburg

(PresseBox) ( Oldenburg, 09-03-12 )
Wind power plants all over the world depend on their rotor blades being pro-tected against rain, sun, wind, and environmental influences in the best possible way using a RELIUS coating. The coatings with OLDODUR GelCoat or Blade-Coat made by BASF Industrial Coatings Solutions RELIUS are so good that the first offshore wind farm in the German waters of the North Sea now also relies on the high-class, proven products of the BASF company.

For years, BASF Industrial Coatings Solutions RELIUS has been ahead of its competitors in the coating of rotor blades for wind power plants. Wind turbines with RELIUS coatings are running on the North Sea coast as well as in India, Brazil, and Japan. Until now, Germany has not had an offshore wind farm. The BARD Group, with headquarters in Emden in northern Germany, will erect the first wind power plant of this type in the North Sea, having chosen RELIUS as an experienced partner.

For the wind turbines, the world's largest rotor blades are being used. This is not just a great challenge for designers and production teams, but also for RELIUS. In the development of an efficient coating process - adapted to the conditions of the rough sea - the long service life of the rotor blades had the highest priority. This is because access to the giant blades will be possible only under limited conditions. Depending on the weather conditions, fitters sometimes have to wait days before they can "climb" a plant.

Starting in spring 2009, the wind farm, which will have 80 wind power plants, will arise in the North Sea, about 100 kilometers north-west of the island of Borkum. So far, a test plant in the outer part of the bay before Hooksiel near Wilhelmshaven has been marking the entry into the commercial use of offshore wind energy since fall 2008. The test plant is located about 500 meters from the beach and, like the later wind farm, has a hub height of 90 meters above sea level. The rotor diameter amounts to about 120 meters.

The rotor blades must withstand a lot. Forces of up to 300 kilometers per hour act on the tips of the blades. UV radiation, salt water, wind, and pollution take a lot out of the blades. The better the protective coating is, the longer the service life will be and thus the more economical the entire plant will be. Especially for these high requirements, RELIUS developed the OLDODUR coating systems. According to the way the rotor blades are manufactured, the customer can select from various product systems.

Worldwide, RELIUS is an important manufacturer in the area of rotor blade coatings. Currently, more than 25,000 rotor blades are turning in the wind with coating systems from Oldenburg.

Recommend BASF Industrial Coatings Solutions RELIUS: In the first offshore wind farm in Germany, RELIUS is one of the top players press release