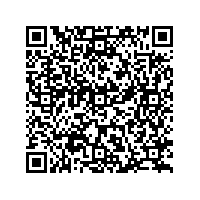 (PresseBox) ( Balingen, 09-07-06 )
At the end of intersolar 2009- the leading trade show of the solar sector- relatio PV is very content. During the trade show one observed overall pleased employees.

Munich. An important increase of 30 percent of exhibitors in intersolar compared to the last year, was a very positive sign for this year’s edition of the tradeshow.
„The first day was already a very successfull beginning, which was confirmed the second day“, declared a very pleased Bernd Bodmer, managing director of relatio. The success was evidenced, according to him, on the one hand, by the constant visitors crowd during the presentations in the stand. On the other hand, Bodmer was satisfied, given various new potential investors for the 500 kWp to 60 MWp instalations, that were presented in Munich by the relatio project development. Several investors showed an exceeding interest in the two solar instalations of 24 MWp and 26 MWp. According to this, the employees in Balingen are working hard at the project planning and development.
Another very positive result of the tradeshow: the financing of „small“ roof- and outdoor-instalations of 1 to 6 MWp has also been assured at intersolar; investors were gained on-site.

The attendance of the tradeshow was good and qualified, according to the responsibles of relatio.
Furthermore, relatio PV hit the mark with its innovations, that were completed right on time for the tradeshow.
Within the scope of a press conference, at the own tradestand and at the stands of the co-operation partners, the company presented itself and its innovations.
The novelties, that were showcased for the first time, were, contrary to the conventional products, highly complex and not easy to present. The consequence: relatio was attended primarily by interested profesionals of the practice sector- looking for appropiate solutions to optimize the yield of solar instalations. The employees of the tradeshow declared congruently:“ Anybody, who has realized what is possible with fieldMonitor, fieldLog and fieldCheck- remains with relatio as a prospective client.

The name relatio is derived from the English "relation" and the Latin "ratio" {understanding}. The relatio concept is relatively simple and as a direct result innovative. By connecting state of the art components from high end manufacturers, paired with the own competence from classic construction and PV projects, a new synthesis arises.