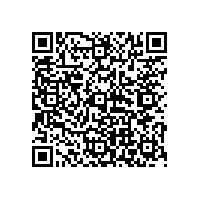 The Best Platform for Successful Renewable Energy Business in Romania

(PresseBox) ( Reutlingen, 13-04-19 )
RENEXPO® SOUTH-EAST EUROPE, the biggest and most important trade fair on renewable energy and energy efficiency in construction and renovation from Romania, presents its 6th event, between the 20th-22nd of November 2013 in the most modern exhibition centre in Romania in a new location: EXPOROM, Bucharest. Since 2008 RENEXPO® offers the best platform for successful business, in what it concerns trade fairs, conferences and side events. This year RENEXPO® reinvents the perspective for trade fairs and conferences in renewable energy in Romania and brings into attention new sub-brands such as: RENEXPO® SOLAR, RENEXPO® WIND, RENEXPO® HYDROPOWER and RENEXPO Bio& Co.

The renewable energy sector becomes more and more attractive and profitable in Romania. Many foreign companies start new business and have interest to invest in this area. 2013 will be a year in which the experience, the strategy and the financing will lead the way, establish and divide the market. Due to officials, the green energy sector in Romania attracted in the past three years over three billion euro and the support scheme for investors, that grants green certificates with a value between 27 and 55 euro, is one of the best in the European Union.

As the official project of the Government say, beginning with the 1st of July 2013, the renewable energy producers from the solar sector will receive 6 green certificates but 2 of these will be kept by the authority that issued them until the 1st of January 2017. For wind there will be kept 1 green certificate until the 1st of January 2018 and for hydropower also 1 certificate. According to the latter's practices, the approval could last between 6, 7 and 12 months, which implies that this ordinance could not, in principle, enter into force sooner than January 1, 2014, which was the due date taken into consideration from the beginning by all the parties involved in this market. Also, according to AREL it is possible that within the 1st of January 2014, green certificates to be reduced to 3 for solar energy, 1.5 for wind and 2.3 for hydro.

RENEXPO® SOUTH-EAST EUROPE, the No.1 meeting point for key players and experts in the renewable energy offers the best environment for establishing new business contacts and cultivating existing ones but also aims to show investors the challenges the Romanian renewable energy segment faces, to show the existing potential and inform about the optimal way to profitable investments. The industry meetings during the trade fair inform business beginners and advancers how to resolve the problems and eliminate most risks.

In 2013 we expect an increase with 15% of the exhibitors and participants number. The trade fair aims to reach a number of 160 exhibitors, on 6000m²

In parallel with the trade fair specialised conferences and side events will be organised. The main themes for the conferences that will take place are: solar energy, wind energy, hydropower, bioenergy, biogas, BMS and cogeneration. Other themes are planned and may be organized. The side events include: workshops, forums and business matching.

For more information about RENEXPO® SOUTH-EAST EUROPE do not hesitate to contact us on info@reeco.ro. The event website: www.renexpobucharest. com.

The company, with the headquarter in Reutlingen-Germany is one of the biggest trade fair and conference organizers in Europe, in renewable energy and energy efficiency field. Since 1997 until now, REECO organized 1000 exhibitions and conferences, that were visited by about 50.000 experts and attended by over 2000 exhibitors. The company's portfolio includes 9 trade fairs and 60 conferences organized annually, by approximately 50 employees in Romania, Germany, Austria, Poland and Hungary.

The future of green investments