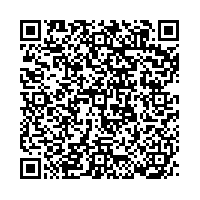 Tips and Tricks from Vision Squad 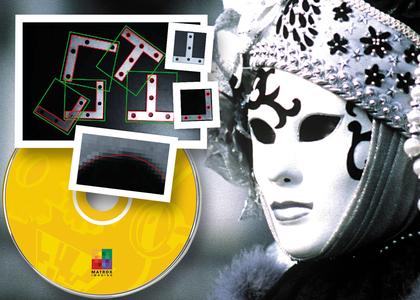 (PresseBox) ( München, 10-10-08 )
The MIL Geometric Model Finder (GMF) tool is based on a patented technique that uses geometric features (e.g., contours) to find an object. The tool quickly and reliably finds multiple models, including multiple occurrences that are translated, rotated, and scaled with sub-pixel accuracy. GMF locates an object that is partially missing and continues to perform when a scene is subject to uneven changes in illumination; relaxing lighting requirements. A model can be trained manually from an image, obtained from a CAD file or determined automatically for alignment. A model can also be obtained from the edge detection tool, MIL Edge Finder, where the geometric features are defined by color boundaries and crests or ridges in addition to contours. Physical setup requirements are eased when GMF is used in conjunction with the MIL Calibration tool as models become independent of camera position. GMF parameters can be manually adjusted and models can be manually edited to tailor performance.

Using MIL Geometric Model Finder masks
Pattern recognition is used to locate an object in an image. For that reason, it is one of the most widely used operations in the machine vision industry. While the normalized grayscale correlation (NGC) technique uses a pixel-by-pixel comparison, the MIL Geometric Model Finder (GMF) uses a technique based on the geometric features of an object. GMF is not only more flexible, but also more tolerant of lighting variations, model occlusion and variations in scale and angle. One way to get even better results with GMF is to apply masks to the search model. This Vision Squad article describes how to use the various masking capabilities of GMF so that the tool can be used to its full potential.

Masks
Masks are applied to models for two reasons: either to remove any irrelevant, inconsistent or featureless areas of the model, or to modify the relative contribution of model edges to the model coverage. The GMF module provides three types of masks that have different effects on model coverage: don’t care, flat region and weighted.

Additional tips:
Use the following guidelines to maximize the effect of don’t care and flat region masks on both model and target coverage:
- Use don’t care masks to remove edges that lie “outside” the model geometry (sometimes associated with background noise). This will prevent these model edges and any irrelevant edges found in the corresponding target region from lowering the model and/or target scores.
- Use flat region masks to remove edges that lie “inside” the model geometry. Such edges may be associated with extra geometry, for example, that could indicate an error in the manufacturing process; therefore these edges must be reflected by the target coverage.
- If masked regions overlap, don’t care regions take precedence over flat regions.
- Masks usually speed up the matching process because they reduce the number of edges to process during a matching operation.

Weighted mask
One very useful application of the weighted mask (M_WEIGHT_REGIONS) is when a model contains a major repetitive pattern. Models based on repetitive patterns can generate unstable results in real images. For example, false positives are possible simply because the occurrence might have a “better” coverage than the desired match due to some missing or extra or occluded edges, or have coverage above the certainty threshold set by the user. A target can get ‘better model coverage’ because the omission of a few elements of the repetitive pattern does not significantly lower the model coverage (Figure 5).
The model coverage for Target B in Figure 5 is still high enough to be considered a match because the extra geometries offset the desired match without significantly reducing the model edge elements found in the target.
A weighted mask adjusts an edge element’s importance when the model coverage is calculated. Target edges that match model edges with negative weights will be ignored when the target coverage is calculated. To reduce ambiguity in repetitive patterns, first add “virtual” copies of the pattern. Then, mask the copies with negative weights. (Figure 6)

The enhanced model has eight “pins” that have a negative mask (red lines). When the model assesses Target B in Figure 6, the negative weights significantly lower the model coverage of the misaligned/offset candidate, enough to reject this occurrence as a match (depending on the acceptance/certainty thresholds set by the user). Therefore, even though the model is offset in Target B, the negative weights ensure the occurrence does not count as a match; only the desired match (Target A) will receive a high model score.