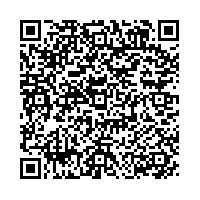 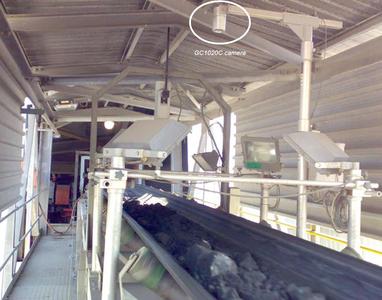 (PresseBox) ( München, 09-08-15 )
South Africa boasts an abundance of mineral resources and is a leading producer of precious metals such as gold and platinum. The mining industry is the country’s largest employer with around 900,000 people working in the industry and related services.

Based near Cape Town, South Africa, Stone Three Venture Technology (Pty) Ltd is an advanced product development house that designs turnkey systems for a variety of sectors in numerous industries including the mining and agricultural industries. In 2003, Stone Three partnered with Anglo Platinum Research(1) to develop the Lynxx Optical Particle Analyzer, a device that measures the size distribution of ore(2) on conveyor belts in a mining environment. The ore is primarily measured for two reasons: 1. to maximize its economic value as it is later sold on by the mining company for processing and 2. to optimize the comminution(3) process in certain industries such as the Platinum and Chrome industries .

Machine vision brings higher productivity
Once mined, the ore goes through the comminution process (i.e. crushing and grinding) to be reduced to smaller particles. The particle size varies depending on the comminution technique used or on the metal mined. Traditionally, the size of ore particles is measured using the belt-cut technique where the conveyor belt carrying the particles is stopped so that samples can be manually analyzed. Thanks to its machine-vision based technology the Lynxx Optical Particle Analyzer, using the Prosilica cameras, provides a real-time and more productive alternative to the belt-cut technique. The system is capable of measuring ore particles ranging from 10mm to 750mm (0.4 – 29.5”) in size and can also detect faults such as oversized particles.

Performing in a harsh environment
The Lynxx system is designed to be robust in order to operate seamlessly in a harsh mining environment where large amount of dust, and temperatures reaching up to 50°C (122°F), are common. Lynxx can cover a wide range of conveyor belt structures and sizes, ore appearances and size composition and is suitable for both open-pit or underground mines. It consists of two basic components: a sensory rig and a server unit.

Sensory Rig
A steel support structure is assembled into a box-like frame and bolted on to an existing conveyor belt carrying the ore from the mine. The structure is fitted with four mini metal-halide floodlights positioned on each of the structure’s support bars to provide sufficient light for the image capturing process.

The camera used in the Lynxx Optical Particle Analyzer system is the ultracompact Prosilica GC1020C. The GC1020C is an XGA resolution (1024x768) color camera that features a Gigabit Ethernet interface. The CCD sensor provides fast frame rates (up to 30 frames per second at full resolution) and excellent image quality. The camera was selected for its ultra-compact size, reliability and ruggedness.

The GC1020C camera is equipped with either the manual iris and varifocal Tamron 3.0-8mm F/1.0 or 5-50mm F/1.4 lens depending on the installation requirements. The camera is fitted inside Stone Three’s custom-designed waterproof and dust-proof IP68 industrial enclosure. The cylindrical enclosure is made of anodized aluminium on the outside to avoid corrosion and is designed to conduct heat away from the camera. The camera is bolted to the top of the steel structure (between 50cm and 1.5m – 19 to 59”) above the conveyor belt and looking down.

The system images continuously capturing between 15 to 25 frames per second as the ore travels on the conveyor belt. Camera settings such as auto-exposure and gain are set programmatically depending on the conditions.

Server unit
The Windows-run server is located in an environmentally controlled room and receives the image data directly via fiber optic link and is connected to the plant’s network.

The Lynxx proprietary software receives live images from the conveyor belt installation and performs various operations, such as component detection and segmentation, before calculating the ore-size distribution. The software also provides additional functionalities including post-processing , data logging and outputting, and image storage. The Lynxx software was developed using C++.

The system also offers an optional remote viewing software that displays the video feed, historical data as well as a histogram of particle sizes of up to two systems at a time. Lynxx performances were evaluated and calibrated against real world data before its implementation. The Lynxx Optical Particle Analyzer currently operates in several platinum mines in South Africa as well as iron ore and coal mines.

Anmerkungen:
(1) Part of the Anglo Platinum Group. The Anglo Platinum Group is the world’s leading primary producer of platinum and accounts for about 40% of newly mined production globally.
(2) An ore is a type of rock that contains minerals such as gemstones or metals that can be extracted through mining and refined for use.
(3) Comminution: the process of reducing particle sizes of rocks and ores.