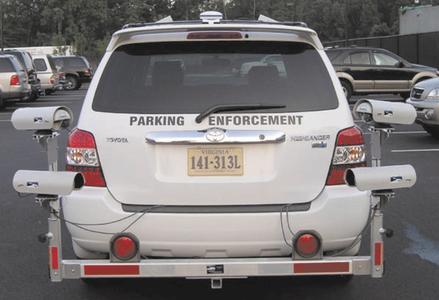 (PresseBox) ( München, 10-02-27 )
What about parking? It’s a question drivers must consider every time they turn the key in the ignition. Cities have struggled with parking issues since the pre-automobile era, though in those days the question was more likely to be; what about my horse?
Parking automobiles proved to be a very difficult challenge for cities, particularly by the 1910's when the number of cars in the United States reached 9 million. Although horses still out-numbered these modern machines, equestrian transport was eventually banned in cities. The curb-side locales for horses and buggies were quickly designated for automobiles. And they were quickly filled. In fact, city workers began parking in those spots all day - leaving few parking spaces for shoppers or other patrons of the business district.
City administrations learned that parking had to be enforced. First, police officers were given the mandate to survey parking areas, but in time, the responsibilities were handed over to parking enforcement officers (PEOs) who worked for the city. Armed with a stick of chalk, they patrolled their assigned beats and marked the tires. They returned about two hours later, and looked for the chalk marks. If the PEO found a car that was in violation of the bylaw, a ticket was issued. In many cities, parking areas are still monitored this way even though it is time-consuming, is less than 100% effective, and has a high rate of cheating. At the same time, stringent parking surveillance can penalize visitors or scare off locals from patronizing small businesses.
In the 21st century, cities still attempt to balance their needs with those of business owners and residents. Fredericksburg, VA is one city that revolutionized the way it manages parking. By adopting an automated parking system, the city has enjoyed greater revenues, improved efficiency, and far fewer complaints and repeat offenders.

They got help from Tannery Creek Systems (Concord, ON, Canada) the company that designed autoChalk, an automated vehicle recognition system for parking surveillance. Bill Franklin, President, explains that Fredericksburg had some unique requirements. As the home of George Washington and the site of crucial civil war battles, Fredericksburg has a special place in American history "so it's very popular with tourists," he says. But the city's method of fining all violators for parking infringements left some visitors seething in anger. "The mayor and the chief of police actually got letters from tourists saying they would never return!"
Commercial districts, flanked by unique shops and restaurants, keep city culture vibrant. If parking is inadequate or perceived as threatening to its customer base, these districts will wither and bring the rest of the city with it. Cities typically want and need ample parking, not only for the revenue but to encourage commercial activity. The owners of small business, like drivers, would prefer to see parking fees abolished altogether, but that could entice drivers to leave their cars for extended periods of time - and business owners want high car turnover. All Fredericksburg's stakeholders wanted soft treatment for first offences and tourists, and tougher penalties for abusers. The city administration also wanted to verify the car owner's address to avoid sending tickets to visiting vehicles.

The system
AutoChalk is built with four Sony XCD-V90CR color cameras encased in weather-proof housings that are mounted on the PEO's vehicle. As the car drives through the parking area, the cameras scan each car and transfer the image data to a Panasonic Toughbook mobile computer where it is processed by the Matrox Imaging Library (MIL). Tannery Creek's custom-built software also analyzes the image for the vehicle's size, shape and color, and time-stamps the image as well. This image data is internally mapped to the world coordinates that are obtained by the parking vehicle's GPS. When the car makes a second pass in the parking zone, perhaps two hours later, the cameras take a second group of images and compare the results to the first set. If the images and GPS coordinates match, the car is violating the parking terms and the PEO issues a ticket. A first offence results in a warning only, and fines are scaled according to the driver's parking history.
Another component of the autoChalk system deals with managing ticket distribution. When a car is found to be in violation, a ticket is mailed to the car's registered owner. The ticket includes the photo evidence acquired from the parking lot. This is possible because autoChalk interfaces with the treasury computer system. Due to the volume of images acquired by the camera, storage for these images must be considered. AutoChalk also uses MIL for JPEG compression.
One of autoChalk's special features is its support for license plate recognition (LPR). This feature, built with MIL's String Reader character recognition tool lets the city determine where the car owner lives; this way Fredericksburg avoids sending tickets to tourists and in-state visitors. The LPR feature has also helped parking enforcers to identify repeat offenders and even find stolen cars.

Challenges
Franklin says that developing vision systems for outdoor use is a lot different from designing systems for a factory. "Factories are controlled environments," he explains."But outside you're subjected to all kinds of conditions: rain, snow, sleet." Lighting inside a factory vision system is controlled; outdoor light is anything but. "We had to make sure the system could function in all types of weather and different lighting conditions" Furthermore, the software had to be configured for pull-in, angle, or parallel parking.
The plates themselves could also be problematic, and "that's why," remarks Franklin, "a robust software solution is a must for this." In fact, license plates are often not very readable in the real world. "Dirt, plastic covers, rusty, missing, bent, or obstructed plates all 'help' to drive down the recognition rate," says Franklin. One of the ways to improve results is to compare the acquired plates to a hot list, a list of plates of interest. A list of stolen cars is just one example of a hot list; even identifying four out of six characters can be useful since it may match a plate of interest. Another hot list could include street parking permit holders on a residential street. During parking surveillance, the parked cars would be checked against the hot list to ensure the cars have permission to park on that street. AutoChalk identifies vehicle license plates on a hot list with about 85 to 90% accuracy in good conditions, and using a hot list lowers the chance of false positive results.

Results
Today autoChalk scans about 1,200 cars daily in Fredericksburg, and is about five times more productive than manual walking and chalking. City officials are pleased with the results; indeed, the city won an Achievement Award for 2008 from the Virginia Municipal League. The city of Fredericksburg found that the autoChalk system has stopped complaints being sent to the mayor's office and parking cheating has dropped. Proper surveillance of parking areas means a greater turnover of cars, which increases the availability of parking spaces. Tourism and local shopping has increased, as has the city's revenue and the PEO's productivity. AutoChalk has deployed systems in Calgary, Alberta, and Santa Barbara, CA, in addition to Fredericksburg. Franklin notes there's a lot of demand for such a system, especially with LPR functionality. And of course, autoChalk's features, ease-of-use and flexibility make it successful.